Forty percent of girls in sub-Saharan Africa are married before they turn 18. Child marriage denies millions of girls the opportunity to become educated and acquire important skills, and exposes them to a high risk of maternal mortality and morbidity, HIV infection, and sexual and gender-based violence.

Fifteen of the 20 countries with the highest rates of child marriage worldwide are found in sub-Saharan Africa; and if currents trends continue, the burden of child marriage will double by 2020. Child marriage continues to flourish because of inconsistencies in laws and policies, and poor enforcement of existing laws that protect girls. Gender inequalities, traditional practices, religious beliefs, and acute poverty all pose serious challenges to efforts to end child marriage.

Since 2012, the foundation’s Southern Africa office has supported national and regional efforts to end child marriage. These have included support for the development and launch of a national cross-sector response to child marriage in Zambia, for research and advocacy on policies and laws, and to document lessons learned. It has also included promoting access to education for girls in Zimbabwe, interventions to deal with forced marriage (known as ukuthwala) in South Africa, and research to assess the role of culture and religion in fostering child marriage across the continent.

In these efforts we have worked with a wide range of partners, including civil society and regional organizations, donors, government ministries, and community leaders. And necessarily, we have approached the complex issue of child marriage from many angles, including focusing on the rights of girls, the link between child marriage and reproductive health and HIV, advocating to ensure that protective policies and laws are implemented effectively, and supporting national and regional champions and advocates (including young women) as they lead efforts to prevent early marriage.

To build on what we’ve learned from this work, in 2013 our office made a grant to the African Union to initiate a continent-wide campaign. The Campaign to End Child Marriage in Africa, which was launched in May 2014, seeks to promote appropriate laws and policies and help member states to frame, launch, and implement national strategies and programs to address the problem. It also aims to improve the quality of advocacy to enforce key human rights laws and policies that affect adolescent girls and young people.

Last year Ford and the African Union hosted a global convening that drew participants from several countries in sub-Saharan Africa, the Middle East and North Africa, the US, El Salvador, Guatemala, and India. Together, participants began to build a field of work on child marriage across different countries and regions, as well as a learning and programmatic action plan in specific regions and globally. The convening also explored south-south collaboration and worked to determine the role regional bodies like the African Union might play in promoting national and regional efforts. Following on this, in 2015 AU member states adopted an African Common Position on Ending Child Marriage, urging African countries to institute comprehensive action plans to end child marriage, including establishing and enforcing laws that uphold the age of marriage at 18.

We’ve been pleased to see this work gain recognition, knowing that it has happened not just because of its strategic nature, but because it has catalyzed a pan-Africa response. In November, with support from many partners (including Ford), the African Union hosted the first Africa Girls’ Summit, which highlighted the significant problems girls experience and promoted important changes needed to prevent the continuous violation of their rights. The African Union announced the extension of the campaign to 2017, over which time it will scale up to reach 36 countries—30 of which are among the 40 countries with the highest prevalence of child marriage globally.

Our partners’ important work is exemplified by groups like Katswe Sistahood, a movement of dynamic young women who are fighting for sexual and reproductive rights for all women and girls in Zimbabwe. Under the direction of Talent Jumo, Katswe Sistahood is led by young women for young women, building the platforms they need to mobilize, organize, and articulate and advocate for their needs and aspirations. 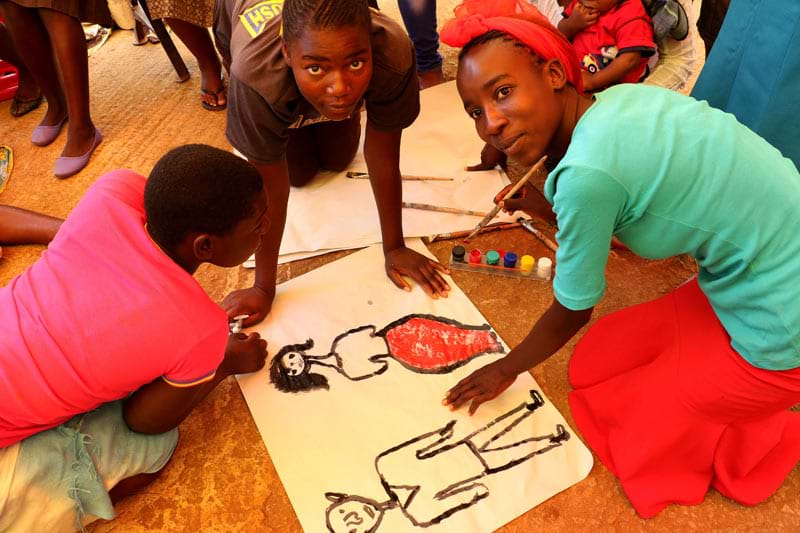 In preparation for the launch of the African Union campaign in Zimbabwe this year, Katswe Sistahood worked hard to ensure that civil society organizations were involved in shaping the Zimbabwe Child Marriage Campaign, and that they take responsibility for ensuring that government and civil society take concrete national actions to end child marriage in the years ahead. The organization has also been instrumental in establishing and strengthening anti-child marriage policies based in schools and communities, and increasing the availability of reliable national level data sources and empirical evidence on child marriage—all critical to tracking the problem and improving planning and accountability in responding to it.

Katswe Sistahood is also making sure that leaders of all ages and backgrounds have the tools they need to take part in advocacy to address child marriage at the local, national, and regional levels. One of its projects, called OUR VOICES: OUR LIVES, is mobilizing young women and girls to call for access to free primary and secondary education—under the fitting slogan Give us books! NOT husbands. 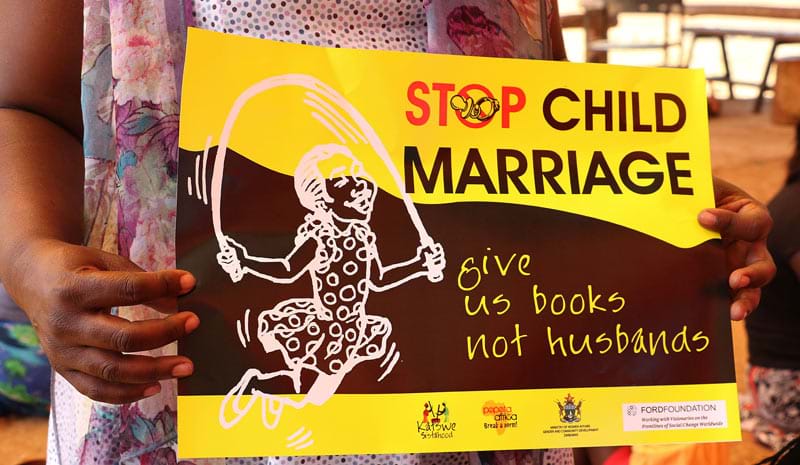 In London on the 16th of November 2015, Katswe Sistahood received an award (one of 20 globally, from 125 organizations nominated) from the With and For Girls Collective, a group of eight organizations consisting of EMpower, Mama Cash, Nike Foundation, NoVo Foundation, Plan UK, Stars Foundation, The Global Fund for Children, and The Malala Fund. Katswe Sistahood was recognized for its work in Zimbabwe to ensure that women and girls have full sexual and reproductive health and rights. Through this award, Katswe Sistahood will receive $50,000 in flexible funding and capacity building support.
Topics