Eyes on the Prize: America’s Civil Rights Years (1954-1965), the documentary series that changed the public’s perception of the civil rights movement, debuted 30 years ago. In the lead-up to its premiere on PBS, some executives worried about airing the six-hour series. Would there be enough interest to justify giving it a prime-time slot? Today, the series is such a ubiquitous part of American culture that the sitcom Black-ish used it to frame jokes for an entire episode.

Documentary filmmaker Henry Hampton conceived of his epic, multi-episode account of the struggle for equality while standing with protesters on the Edmund Pettus Bridge in Selma, Alabama, in 1967. He believed that America needed a better understanding of what the civil rights movement had accomplished, and what battles were left to fight. Hampton founded his film and media company, Blackside Inc., in 1968. It would take him almost 25 years to gather the team and the funding needed to bring to life the story he cared so deeply about.

By 1987, when Eyes on the Prize aired on PBS, many Americans thought the civil rights movement had been successful—and that its work was over. The courts had outlawed school desegregation. Congress had enshrined voting rights and other civil rights into law. But the country was at a turning point. Residential segregation was intensifying. White flight was accelerating, resegregating many of the nation’s schools. The war on drugs had targeted minority communities, disenfranchising the children of the protesters who had fought for the right to vote. The AIDS crisis was about to hit, and the disease would decimate minority communities in both urban and rural areas. Some activists were heading back to the streets.

Rock-throwing opponents attacked the racially mixed group while they were still on their bus, busting several windows. Still, they marched. Another group of almost 500 white segregationists awaited them just a few miles down the road. The segregationists broke through the marchers’ police protection. Reverend Williams was hit in the head with a rock. Not long after, PBS viewers would tune in to Eyes on the Prize and see Reverend Williams lead another march that had ended in bloodshed: the showdown that had unfolded 20 years earlier, on the Edmond Pettus Bridge.

“I guess our courage came out because we didn’t have nothing, and we couldn’t lose nothing,” civil rights activist Unita Blackwell explains in the opening sequence of the first episode. “But we wanted something for ourselves and for our children. And so we took a chance with our lives.” With those words, Henry Hampton had viewers hooked.

Three decades later, his account of the black freedom struggle has transformed how students, scholars, journalists, politicians, and citizens understand American democracy. Today Eyes on the Prize remains vital and relevant—sometimes uncomfortably so. The same is true of the story of its creation.

This oral history is based on interviews with more than a dozen people who were involved in making Eyes on the Prize or whose work has been influenced by the series. Necessarily, their recollections are subjective, and this is not intended to be a comprehensive history. 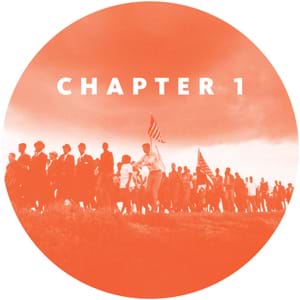 Where It All Began

“There was a way of doing things at Blackside that was utterly unique in the documentary world.” 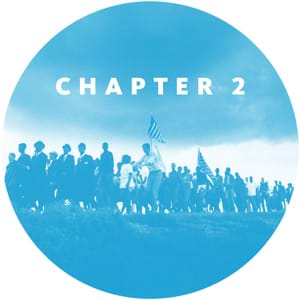 Telling the Story of Civil Rights

“Henry’s dream was to tell the story from the perspective of the ordinary people, the nameless, the faceless, the unknown.”

From Fact-Checking to Funding 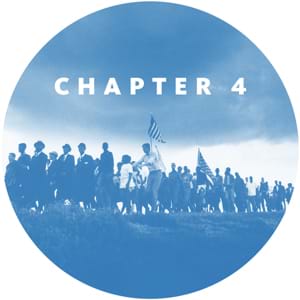 In the Public Eye

“It woke people up. This was going to be a series that would come back again and again, and never be out of date.”

“When these young people get together to do it, I hope they’ll invite us in and let us help them avoid some of the mistakes that we made.”

Tell us your story about about Eyes on the Prize.

Author and historian Rachel L. Martin holds a PhD in women’s and gender history from the University of North Carolina, Chapel Hill. One of her essays was included in Cornbread Nation 2015: The Best of Southern Food Writing. She believes that history can be a form of social justice, a means of addressing the wrongs of the past, and offer hope for the future.