Explore this Topic drop down options ×

A Defense of Democratic Values

A Note from the Author

In the United States and around the world, our democratic values and institutions face direct and dire threats.

Untold millions fear persecution for their religious beliefs, their sexual orientation, their gender identity. Others simply fear for their lives. In some countries, authoritarian governments seek to stamp out democratic freedoms, like the rights to protest or to a free press. Even democratically elected governments are acting to restrict these freedoms amidst a rise of tribalism and xenophobia. The moral leadership of the United States has all but disappeared from view.

Given the grueling pace of the news during the past eighteen months—amidst constant chaos—the windows for slow and steady reflection feel few and far between. Indeed, these days, chaos has become a kind of ambient noise, and it feels hard to make sense of it all—hard to know how to move forward. After all, we are charging full steam ahead into the unknown. It is not frivolous, or naïve, to stop and contemplate the fact that democracy itself is imperiled for the first time in at least a generation.

As I write this, I am acutely aware that all these coalescing crises share a single, protean cause: inequality. They claim for themselves similar, often related victims, too: civility, empathy, and justice. And it’s not only economic inequality or racial inequality, but also geographic and cultural inequality that causes whole communities and regions to feel ignored and abandoned, if not outright persecuted.

Subject to countless historical examples, we know that the greatest danger to democracy is not terrorism, nor environmental crisis, nor nuclear proliferation, nor the results of any one election. The greatest danger to democracy is hopelessness: the hopelessness of many millions who express themselves with their ballots, and the hopelessness of many millions more who express themselves by not voting at all. This hopelessness is yet another symptom of the inequality that has eaten away at our norms and eroded the bridges of common cause—the very bonds of goodwill that ought to bring us together and help us confront our shared challenges.

Despite what feel like wholly unprecedented circumstances, however, democracy is no stranger to trials from within and without. And so, of late, I have felt reassured by how another great American generation responded to the greatest threat to democracy of the previous century: the Second World War.

Wisdom from the past

Imagine the early days of 1941, another moment when chaos abounded.

The effects of financial crisis a decade earlier continued to reverberate around the United States and afflict the American people. Across the Atlantic, a hateful demagogue came to power by democratic means, and his rise and racist policies threatened the safety of his people. The United States turned inward—many of its citizens unwilling to recognize what was happening in the world. In some corners of our nation, factions called for isolation, while others supported more virulent strains of nationalism—all as allies pleaded for American leadership and assistance.

Amidst these somewhat familiar circumstances, President Franklin D. Roosevelt crafted his annual message to the U.S. Congress. In this address, he laid out the Four Freedoms, which read:

In the future days, which we seek to make secure, we look forward to a world founded upon four essential human freedoms.

The first is freedom of speech and expression—
everywhere in the world.

The second is freedom of every person to worship God in his own way—everywhere in the world.

The third is freedom from want—which, translated into world terms, means economic understandings which will secure to every nation a healthy peacetime life for its inhabitants—everywhere in the world.

The fourth is freedom from fear—which, translated into world terms, means a world-wide reduction of armaments to such a point and in such a thorough fashion that no nation will be in a position to commit an act of physical aggression against any neighbor—anywhere in the world. 1

With this idea, President Roosevelt did something that, at the time, was rather remarkable—he asked Americans to implicate themselves in the struggles of their fellow human beings.

During the decades since, these Four Freedoms—and this formulation of essential democratic values—have become iconic. They inspired four of Norman Rockwell’s most famous paintings. Their influence also stretches far beyond the United States or American culture; these same freedoms open the United Nations’ Universal Declaration of Human Rights. These Four Freedoms reflect the urgency of their particular moment in history as well as the timeless values and aspirations our society should pursue.

While January 2016 marked the seventy-fifth anniversary of President Roosevelt’s Four Freedoms speech, the events between January 2017 and January 2018 have occasioned my reconsideration of it, in part because the chasm between this hopeful vision and our reality seems particularly vast.

What appears to be implicit in Roosevelt’s Four Freedoms, and necessary for our democracy today, is an understanding of our responsibilities to protect and extend these freedoms—everywhere in the world and for one another.

We know that these freedoms do not happen by themselves. In the United States, they are the product of revolution and protest, of conversation and compromise, of constant stumbling progress toward an exceptional ideal. And as citizens and participants in our society, we all have a role to play in not just exercising our own freedom, but also creating the conditions—and the country—where everyone can exercise those freedoms equally.

In other words, “We the People” means that my freedom depends on your freedom. Similarly, if freedom for one of us is removed or restricted, it jeopardizes freedom for us all—and for the larger democratic principles we all hold dear. That’s why, when we live in a free society, we are charged with protecting freedom for one another through our responsibilities to one another.

In the case of the Four Freedoms, therefore, I argue that each freedom contains within it a corresponding responsibility—an action demanded of us as creators and stewards of our democratic society. These can be summarized simply:

With the freedom of speech
comes the responsibility to listen.

With the freedom of belief
comes the responsibility to accept.

With the freedom from want
comes the responsibility to serve.

And with the freedom from fear
comes the responsibility to act.

And if we’re going to act, we must act now.

During the spring of 2017, as I was reflecting on our freedoms and their corresponding responsibilities, I was privileged to deliver commencement addresses at four venerable institutions of higher learning: Michigan State University, Simmons College, Oberlin College, and the Johns Hopkins School of Advanced International Studies.

It seemed particularly appropriate to deliver a message about democratic values on these four great campuses, because colleges and universities are essential institutions for our democracy—places that manifest our highest aspirations and ideals. What better audience to engage with these ideas, rise to this occasion, and defend our democratic values and institutions than these new graduates?

Of course, this duty is not restricted to the young. Far from it. It is incumbent upon each of us, as willing and humble participants in our democratic system, to maintain and expand the freedoms that enable the world’s longest-standing liberal democracy, and to ensure its success both now and in the future.

In turn, I wrote this volume for everyone: to encourage each of us to reflect on our responsibilities—the fulfillment of which our freedoms require and our democracy demands. 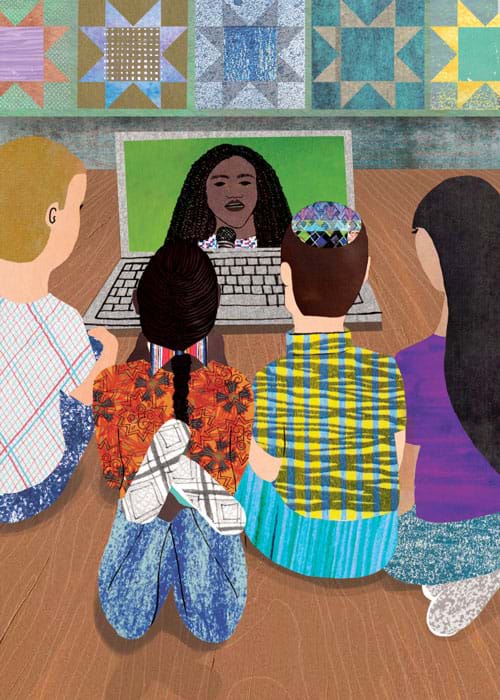 With the Freedom of Speech, the Responsibility to Listen 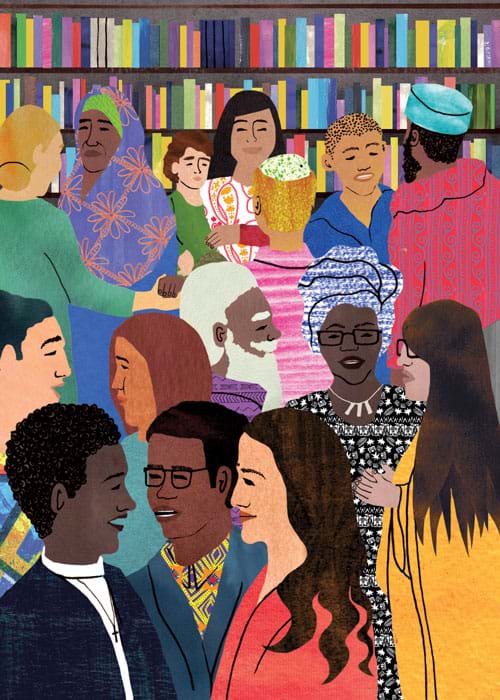 With the Freedom of Belief, the Responsibility to Accept 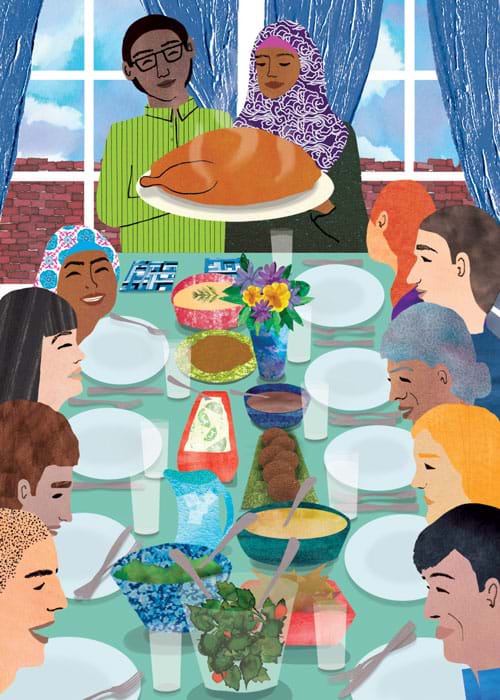 With the Freedom from Want, the Responsibility to Serve 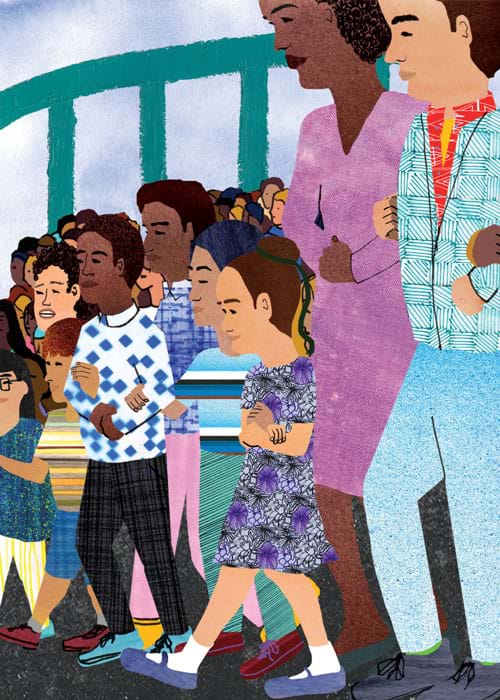 With the Freedom from Fear, the Responsibility to Act