I first met Bryan Stevenson, a longtime grantee and trustee of the Ford Foundation, over 30 years ago when he was a young public interest lawyer just a year or two out of Harvard Law School. I was a month into my first job at the NAACP Legal Defense and Educational Fund. We met at the fund’s annual training conference for capital defenders, an exhausting three-day marathon on the writ of habeas corpus and other arcane topics.

Bryan worked for the Southern Prisoners’ Defense Committee (now the Southern Center for Human Rights) in Atlanta, a band of plucky lawyers who represented as many people on death row as they could manage. The hours were grueling—many clients had active execution dates and no counsel—and the work paid a meager $25,000 a year.

A few months later, I ran into Bryan again at a rally on the steps of Atlanta’s federal courthouse. I had joined my boss, who had just argued the last constitutional challenge to the death penalty, McCleskey vs. Kemp, in the U.S. Supreme Court. We presented a first-of-its-kind study showing that the race of a victim, more than any other factor, determined who received the death sentence in Georgia.

Bryan gave me a lift back to my hotel in his beat-up Honda Civic. On the drive, I asked him how long he planned to focus on capital defense. It is such stressful, onerous work, knowing you are all that stands between your client and the electric chair. I couldn’t imagine anyone doing it for more than five or 10 years, tops.

His answer took me aback. Looking straight ahead at the road, he replied, “As long as it takes.”

“As long as it takes to end the death penalty,” he answered matter-of-factly. 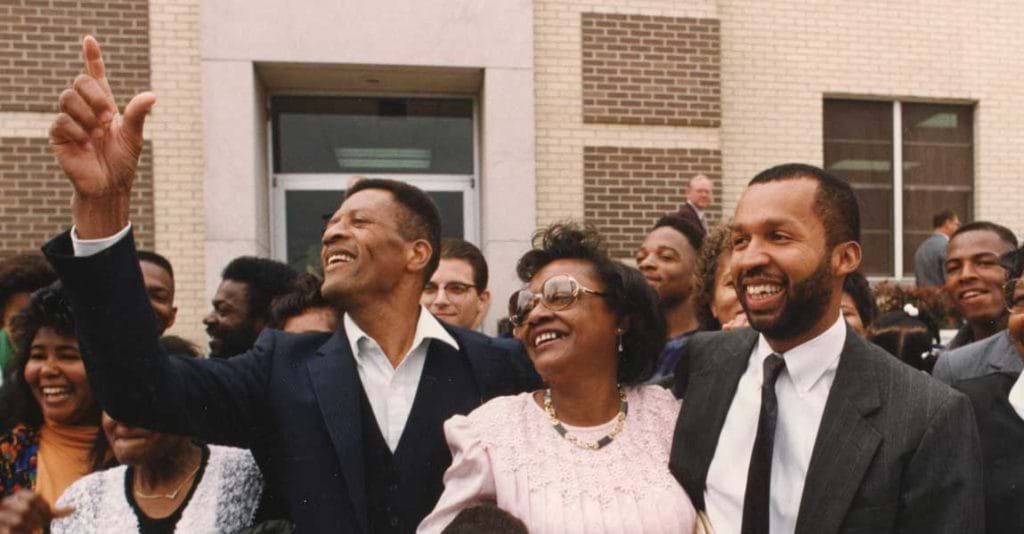 We lost McCleskey by a 5-4 vote in the U.S. Supreme Court. In an opinion that legal historians would later call the Dred Scott of the modern era, Justice Powell wrote that racial disparities in sentencing were “an inevitable part of our criminal justice system.” (Years later, after his retirement, Powell confided that McCleskey was the one vote he wished he could change.)

In many ways, Bryan’s career has been an answer to the racial cynicism of McCleskey. In 1989, he ventured further south to Montgomery, Alabama to found the Equal Justice Initiative (EJI), a legal organization that works to end mass incarceration, excessive punishment and racial inequality. Over the last 30 years, Bryan and his team have represented hundreds of adults and children condemned to die in prison.

A brilliant orator and legal strategist, he laid out his vision in a powerful TED Talk, which has since garnered more than six million views, and, in 2014, penned Just Mercy: A Story of Justice and Redemption, his memoir that quickly became a New York Times bestseller—and this week becomes a major motion picture starring Michael B. Jordan, Jamie Foxx and Brie Larson.

As a result of Bryan’s unshakable drive and EJI’s tireless efforts—which Ford has been proud to support since 2006—the number of executions and new death sentences have declined sharply since their peak in the 1990s. And today, there is now a robust movement to end mass incarceration.

But, perhaps, Bryan’s greatest achievement—thus far—is the creation of the National Memorial to Peace and Justice in Montgomery, Alabama. Back in 2010, the Equal Justice Initiative began to investigate and unearth thousands of lynchings across the U.S. In 2018, Bryan and his team turned those long-forgotten acts of racial terror into a sobering and breathtaking monument documenting America’s history and its links to slavery, Jim Crow and mass incarceration. The memorial is a testament to EJI’s commitment to changing the narrative around race in America and forging a deeper, more honest understanding of U.S. history that proves that white supremacy and racial difference didn’t die with slavery but evolved into new forms of oppression.

Just Mercy, which opens in theaters across the country tomorrow, carries on EJI’s important legacy and pushes Americans to no longer see racial injustice and mass incarceration as distant problems but challenges we must address now.