Over the weekend, a group from Ford traveled to Selma to commemorate the 50th anniversary of Bloody Sunday. As we drove from Montgomery to Selma—the same 50 miles that civil rights activists walked only 50 years earlier—the number of cars and the size of the crowd began to grow. Thousands of people were descending on this small Alabama town to honor those who sacrificed, struggled, and shed blood for future generations to enjoy basic human dignity and constitutional rights. 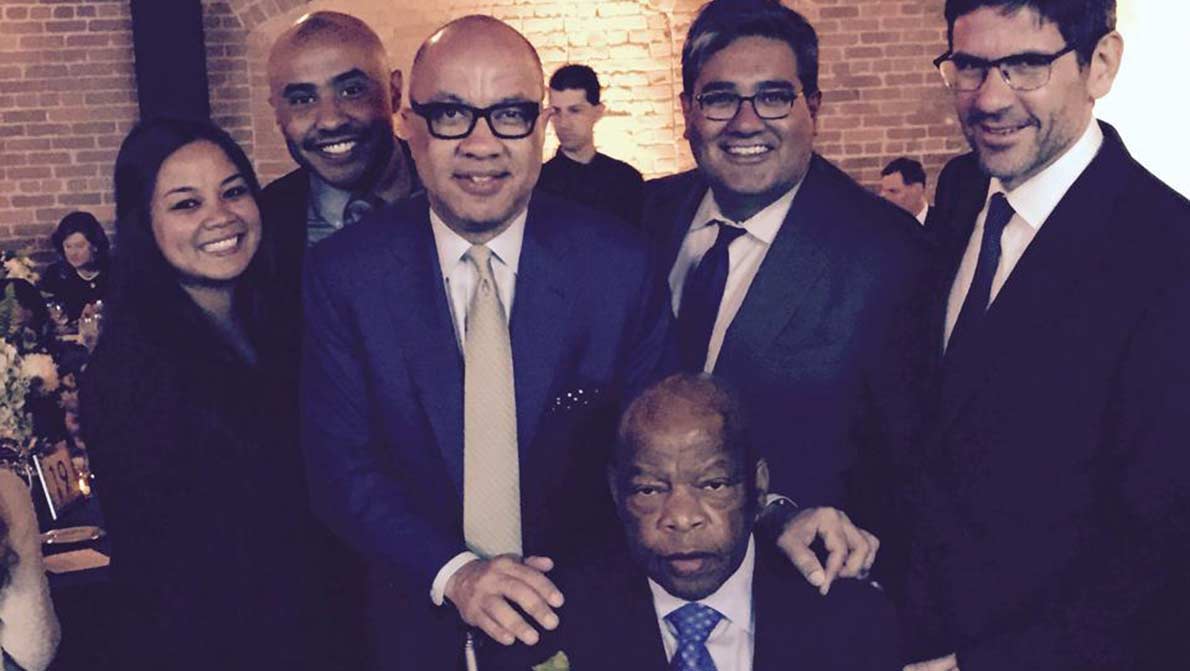 History envelops you in Selma. Brown Chapel, the starting point for the Selma-to-Montgomery marches and a base of operation for the Southern Christian Leadership Conference, stands a few short blocks from the Edmund Pettus Bridge, where 600 marchers advocating for voting rights and equality under the law were met with the violent and wanton brutality of Alabama state troopers.

Both inspiring and unsettling, exhibits and installations highlighting moments from civil rights history were displayed throughout town. Perhaps the starkest was a banner that featured a line from a letter that Dr. Martin Luther King Jr. wrote while in the local prison following his arrest for protesting: “This is Selma, Alabama. There are more Negroes in jail with me than there are on the voting rolls.” 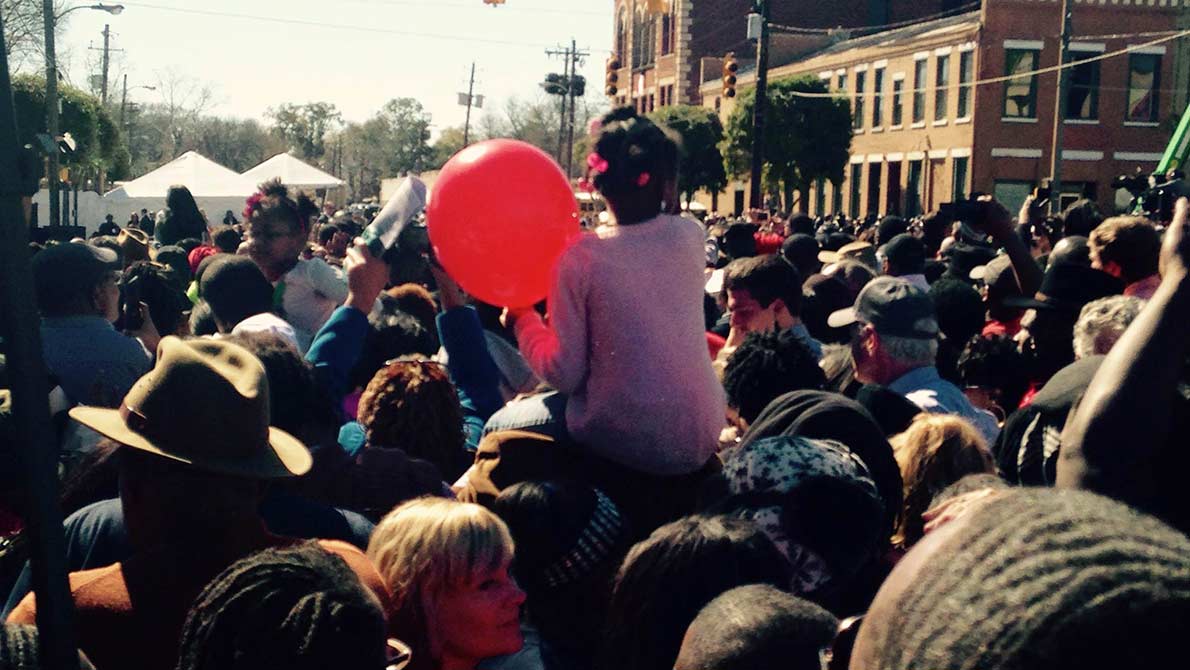 There were also painful reminders of hopes still unfulfilled. Grim markers permeate Selma, which was founded as a slave-trading center. The optimism and beauty of the anniversary commemorations took place against a stark backdrop of dilapidated homes, abandoned buildings, sparse development, de facto segregation, and economic isolation. While the legacy of the historic events that unfolded there have inspired and emboldened people across the globe, it’s clear that Selma is something of a forgotten town, part of a rural America where racial disparities and poverty persist. In a recent article in the Nation, Ari Berman succinctly captures these realities: “The statistics are staggering—Dallas County was the poorest in Alabama last year, with unemployment double the state and national average. More than 40 percent of families live below the poverty line. ... There are nearly as many vacant buildings as occupied ones in the once picturesque downtown, and side streets are desolate.”

These facts are important to remember. But the greater significance of the weekend’s commemoration, and the celebratory feel that seized Selma, were undeniable. As we watched groups of schoolchildren crossing the Edmund Pettus Bridge, it couldn’t have been clearer that our generation is part of a historical continuum: one we can trace back to this bridge in 1965, and that today continues to do the unfinished work of securing equal rights and justice for all. 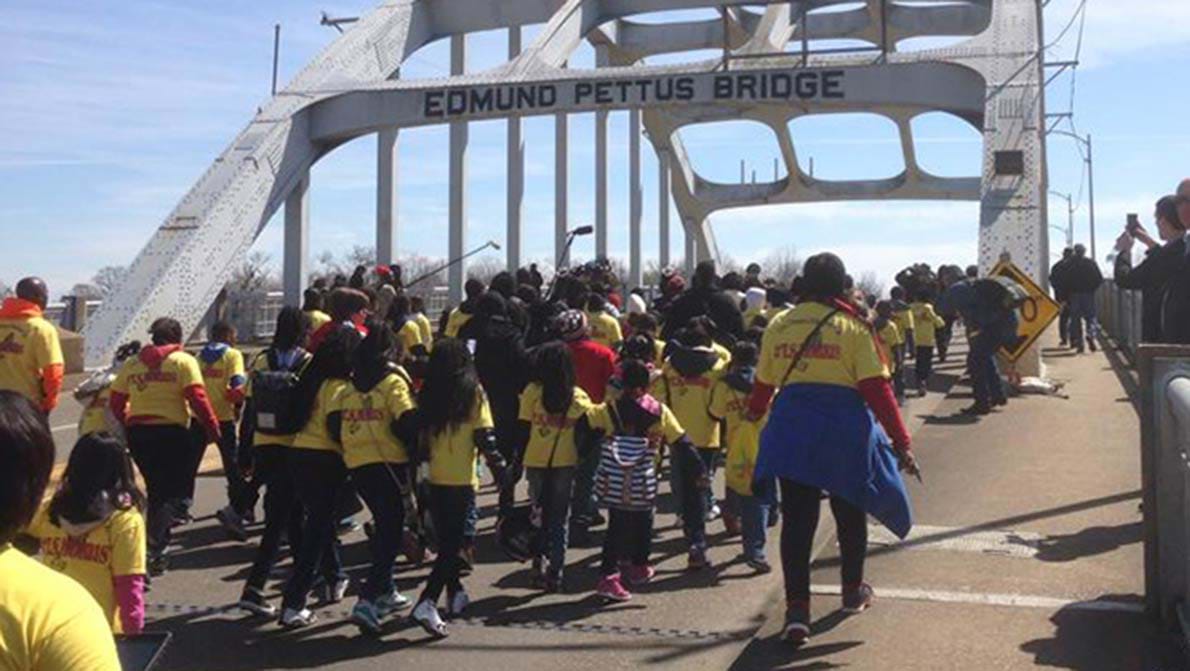 The pride and dignity in the faces of those participating in the Selma events reflected the potency and power of the moment. The kindness and good humor of strangers surrounded us as we waited for President Obama to address the crowd. In one of his most rousing and powerful speeches, the nation’s first black president reminded everyone of America’s tradition of active, progressive patriotism, one rooted in the perseverance and moral righteousness of the civil rights defenders we came to Selma to celebrate. “What could be more American than what happened in this place?” he asked. “What could more profoundly vindicate the idea of America than plain and humble people—unsung, the downtrodden, the dreamers not of high station, not born to wealth or privilege, not of one religious tradition but many, coming together to shape their country’s course?”

Now, back in our offices in New York, our minds keep wandering back to Selma. We know that the past years have seen important progress—but the march towards equality and justice is far from over. As Congressman John Lewis put it, “There's still work left to be done. Get out there and push and pull until we redeem the soul of America.”