In 2016, Ford launched the BUILD initiative, a five-year, $1 billion effort to strengthen institutions and amplify their impact. The bulk of each grant was multi-year general support, providing organizations with complete flexibility to determine priorities and change course as needed. In addition, there was an explicit mandate to use a portion of the resources for institutional development. It’s that unique combination—general support with dedicated funds for institution building—that gives BUILD the power to propel social justice movements.

When we rolled out our first BUILD grants, we could have never predicted how the world would change and the volatility we would face, especially those organizations working on social and economic justice for low-wage workers. From challenges to worker and immigrant rights posed by the previous administration, to the devastating consequences of COVID-19 on low-wage workers, to a racial reckoning that laid bare inequities within labor markets and beyond, the last five years brought to focus the many intersecting injustices that impact millions of America’s workers.

At the same time, the pandemic revealed to the world that low-wage workers are essential and care is fundamental to the very functioning of our economy, creating openings for unprecedented bi-partisan support for worker protections and policies to support caregivers.

BUILD’s support could not have come at a better time. The stories of three of our early BUILD grantees—National Domestic Workers Alliance (NDWA), National Employment Law Project (NELP) and Family Values @ Work ([email protected])—show what’s possible when organizations have long-term general support and deliberate funding for organizational transformation. With this integrated support, these three organizations were able to navigate the head-spinning volatility of the last five years in ways that made them much more resilient and impactful at an unprecedented scale. 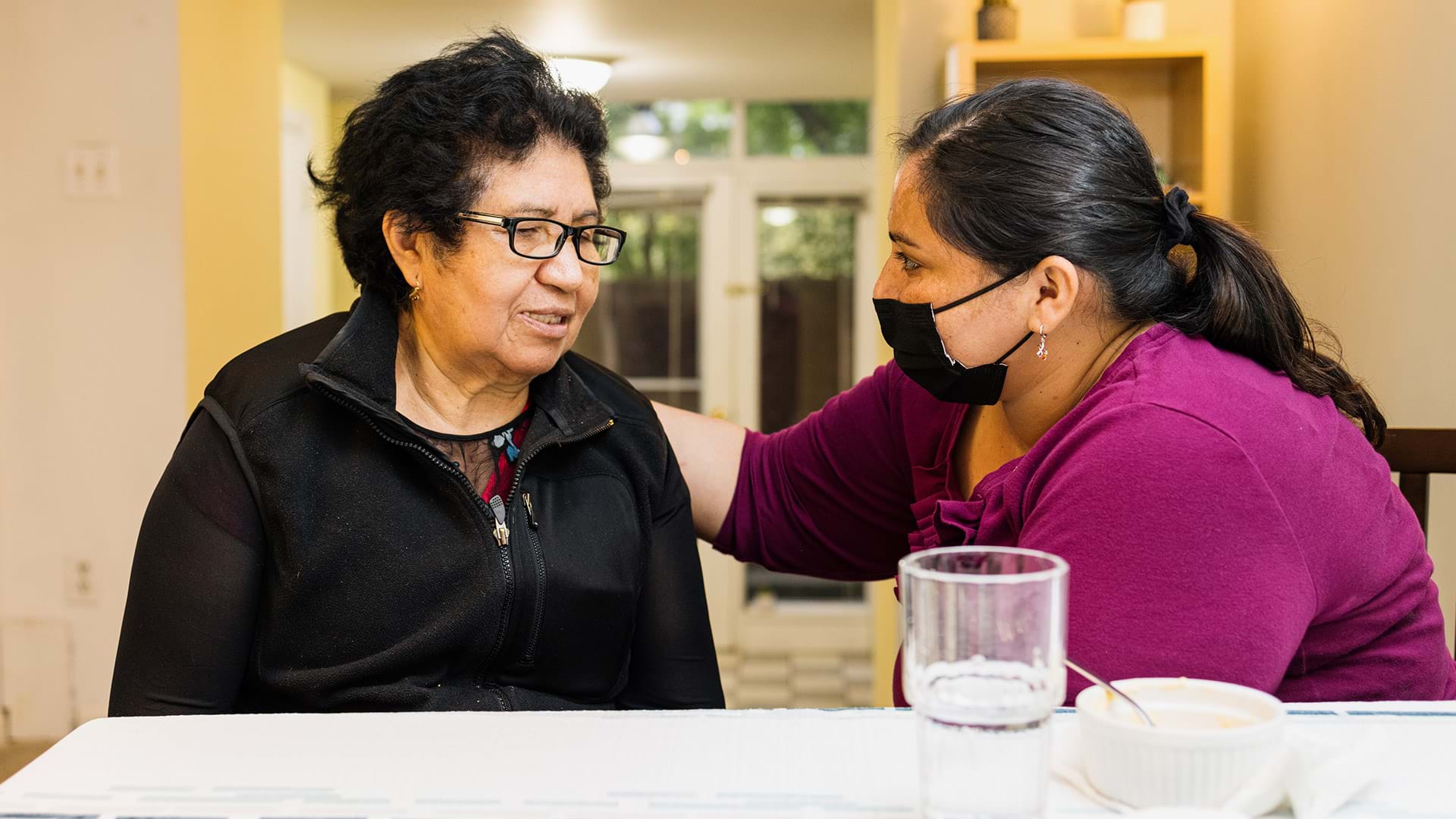 NDWA created the Coronavirus Care Fund to provide emergency assistance to domestic workers on the frontlines of the outbreak and support them in staying home and staying safe to slow the spread of COVID and care for themselves and their families.

With over 70 chapters and affiliates across the country, NDWA builds the power of one of the most isolated and exploited workforces—domestic workers—to assert their rights, win policies to gain protection under labor laws, and work with employers to make sure those protections are enforced.

Building infrastructure for impact at scale

Early in its BUILD grant, NDWA established NDWA Labs to develop and experiment with innovative tech products and strategies to serve their constituents and build their base. In late 2018, they launched Alia, a pioneering portable benefits platform, to make it easy for domestic workers to receive benefits like paid sick days. A key advantage of the long-term general support BUILD provides is that it gives organizations the space and time to experiment. Using the dedicated funds for institution building, NDWA also invested in beefing up its finance and development teams and updating its data management systems.

When COVID-19 struck, millions of house cleaners, nannies and home care workers suddenly lost their jobs and, given their informal and often immigrant status, had little to no access to government relief programs. Within weeks, NDWA launched the Coronavirus Care Fund, leveraging the Alia platform to deliver desperately needed cash relief to impacted workers. With its enhanced development and finance capacity, the organization was able to raise and distribute over $30 million to more than 50,000 domestic workers between April 2020 and February 2021. The team also used the expertise acquired through Alia to advise over a dozen cities and states on how to provide relief assistance to excluded workers. Two of the cities, Philadelphia and Tucson, actually used a version of Alia to administer their own relief funds.

In the face of an unprecedented crisis, the organization responded at an unprecedented scale, fueled by a dramatic expansion of NDWA’s individual donor base. To transform those donors into long-term supporters, NDWA has continued to invest in its development and finance staff and systems. It is also building out its digital infrastructure to move recipients of relief up the ladder of engagement to be organizers and leaders, thus propelling the organization to a whole new level. 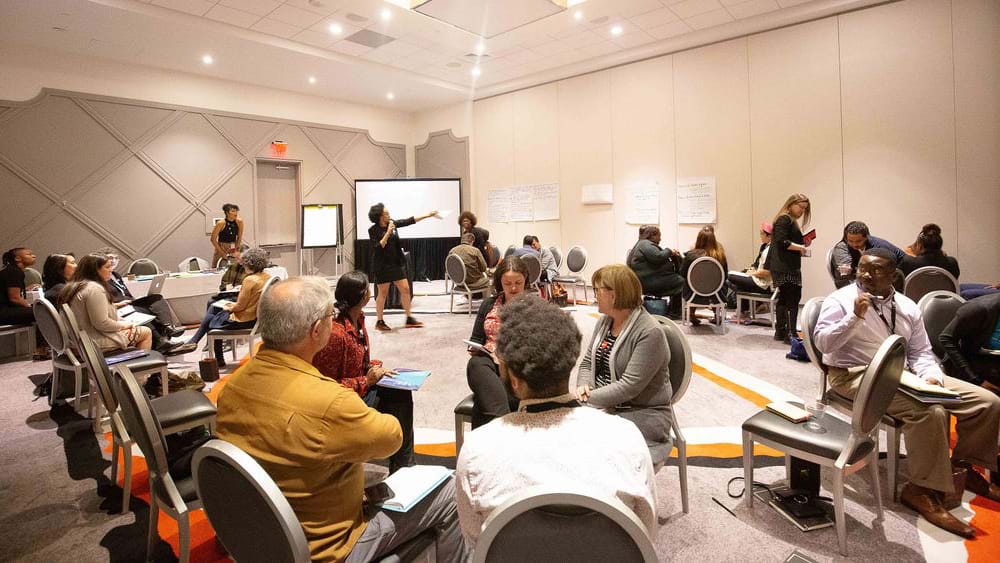 With BUILD’s general support, NELP deepened its expertise on issues that go in and out of favor with funders, such as unemployment insurance. When the pandemic struck, they had a clear, well-informed vision for unemployment insurance that covered all workers and promoted racial and gender equity. That vision significantly influenced the federal government’s Pandemic Unemployment Assistance program.

For over 50 years, NELP has been the leading national legal and advocacy organization building a just, inclusive economy where all workers have expansive rights and thrive in good jobs. With institutional and general support from BUILD, this longstanding nonprofit embarked on a journey towards becoming a truly anti-racist organization, while addressing the systemic racism at the root of inequities in America’s labor market that hurts all workers, regardless of race.

Advancing racial justice from the inside out

In 2017, NELP made dismantling structural racism one of its core priorities, inspired by junior staff of color and a new strategic plan. NELP's then executive director, Christine Owens, embraced these goals, channeling BUILD’s institutional funding into a multi-year organizational transformation, implementing an anti-racist framework to improve diversity, equity, and inclusion. BUILD support gave Owens the space and time to take this risk, and to promote Rebecca Dixon, a Black woman she had brought on to lead its unemployment insurance expansion campaign during the Great Recession. As chief of programs and the leader of NELP’s organizational initiative on racial equity transformation, Dixon integrated racial justice analysis into all of its work, and collaborated with staff to embed equity into organizational practices from hiring to off-boarding. When Owens decided to step down to make room for new leadership, the board selected Dixon as the organization's new executive director.

With BUILD’s long-term general support, NELP broadened and deepened its expertise and policy analysis on issues that go in and out of favor with funders, such as unemployment insurance. NELP was able to maintain its team focused on unemployment insurance, and collaborate with allies to develop a vision for an inclusive system designed for a 21st century labor market. The organization turned its internal focus on racial justice outward, focusing its work on those left out of our social protections—misclassified gig workers, part-time workers and workers with caregiving responsibilities—disproportionately people of color and women.

When the economy came to a screeching halt in March 2020, unemployment skyrocketed to levels not seen since the Great Depression. By April, over 20 million people were out of work, and NELP was prepared. Amidst the frenzy of policy debates in Washington, D.C., NELP brought forth a clear, well-informed vision for unemployment insurance that covers all workers and promotes racial and gender equity. The result: this vision significantly influenced the federal government’s Pandemic Unemployment Assistance program that temporarily expanded unemployment insurance coverage to gig, self-employed, part-time and underpaid workers. This doubled the reach of unemployment insurance at its peak in August 2020, supporting 14.6 million workers, including many who would have otherwise lacked any income support when their jobs disappeared. People of color, who are disproportionately excluded from the regular unemployment system due to restrictive state laws, saw some of the greatest benefits from the new pandemic programs.

NELP is now promoting a racial justice vision for unemployment insurance and using the experience and impact of the expanded bi-partisan temporary program to work with partners across the political spectrum to advocate for permanent reforms that cover all workers. 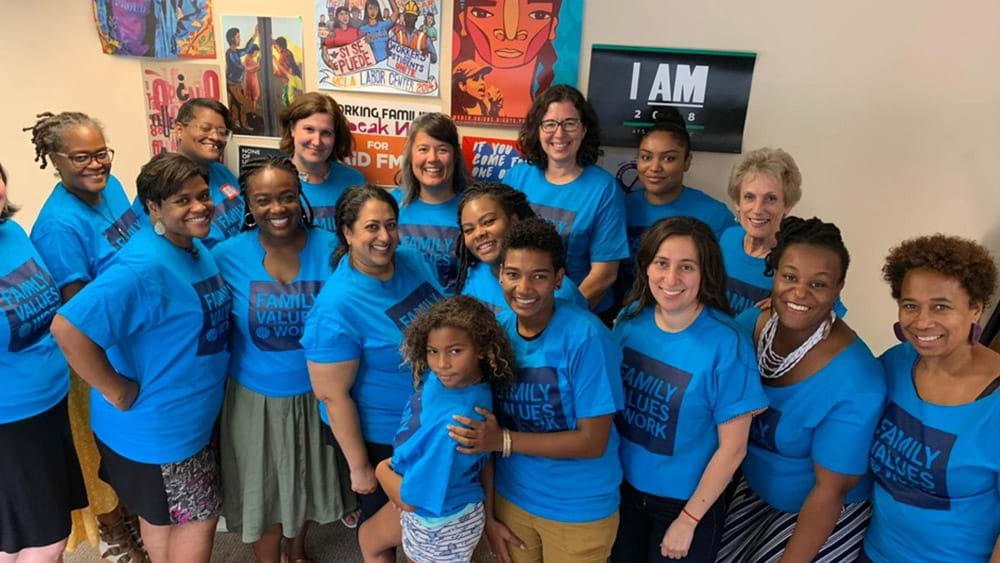 [email protected] used BUILD’s support to provide staff with trainings to help transform its network from a wheel-and-spoke model into a more integrated, distributive web. With this new structure, state partners forged critical connections with each other.

For almost two decades, [email protected], a network of 27 state coalitions, has been building movements, models and momentum at the state and local levels for paid sick days and paid leave and, more recently, for affordable child care.

For [email protected], the BUILD grant was an opportunity to embark upon deep, thoughtful and deliberate internal work on racial justice, to integrate with its longstanding focus on gender justice. Its board was made up of representatives from the state groups that originally created the network in 2003. Those groups were largely led by white women, and those states also received larger regrants than newer members. Over time, as the network expanded to more states, staff began to push for advancing women of color in leadership. As more affiliates were led by women of color, [email protected] needed a board that reflected the diversity of the network.

With BUILD’s institutional support, the board engaged in a two-year process with the entire network that resulted in a complete transformation of the board and a more equitable allocation of resources across state partners, along with a reimagining of the network's governance, funding allocation, staffing and structure. At the start of the process, the all-female board was 33% women of color; it is now nearly 80%. The organization is also now led by a Black woman, two thirds of the staff are women of color, and half identify as LGBTQ+. What’s more, the new board and staff are now bringing this focus on equity across their work. Together, with state and national partners, they have designed paid leave and affordable child care policies that promote racial, gender and disability equity.

Most national networks are structured like a bicycle wheel—with a national hub and states as the spokes. From the start, [email protected] always emphasized peer learning among its state partners, but didn't have a clear idea how to formalize it. As part of its organizational transformation, [email protected] used BUILD’s support to hire consultants and provide staff with trainings to help transform its network into a more integrated, distributive web that more intentionally leveraged network leadership and experience. With this new structure, state partners forged critical connections with each other that were as important as those between national staff and state groups.

During the last administration, when the focus was on state policy, this newly designed network made sharing lessons and innovations in policy design from one locality to the next seamless. In the height of the pandemic, this new structure allowed [email protected] to rapidly share best practices for state and local emergency paid leave, and grant more money to its state partners than ever before. Working closely with partners like A Better Balance, this peer sharing and funding galvanized support for new paid leave laws in over 17 localities at a critical time and elevated the voices of workers on the frontline into national policy debates.

Now, with the potential for historic new funding for child care, [email protected] and its network is posed to facilitate learning on implementing child care investments to broaden access for low-income families of color, improve the jobs of childcare workers, and bring the voices of parents and providers into state and local decision-making.

In a matter of five years, BUILD helped position NELP, NDWA, and [email protected] to drive significant advances for workers, while giving them the space and agency to drive deep organizational transformations.

Economic justice groups are particularly subject to volatility, even in "normal" times, because of the cyclical nature of the economy. And given the challenges we face coming out of COVID—political polarization, climate change, global instability to name a few—the next several decades will be undoubtedly volatile.

As funders, we need to put the agency back into the hands of our grantees and establish a circle of trust grounded in listening and understanding, so we can help these organizations and movements become even more impactful. By offering both general support and dedicated funds to strengthen these institutions, organizations will be better armed to take on the challenges that lie ahead and, together, we can reimagine the economy with justice at the center.