Based in New Orleans, Ashé Cultural Arts Center is committed to celebrating the people, places and philosophies of the African diaspora across the American South. It’s a performance, film and gallery space, a recreation and educational center for people of all ages, and a hub of advocacy for people of color in New Orleans. It’s also its community’s beating heart.

Asali DeVan Ecclesiastes became executive director of Ashé in January of 2020, building on a long career as an organizer, author and performance artist. Her poetry can move hearts and minds, seen in her popular TED talk. But words are something she struggled with when she took the helm of Ashé. The organization was in deep financial trouble, and she needed to find language to help guide its story, both internally and externally, and gain control of the organization’s future. 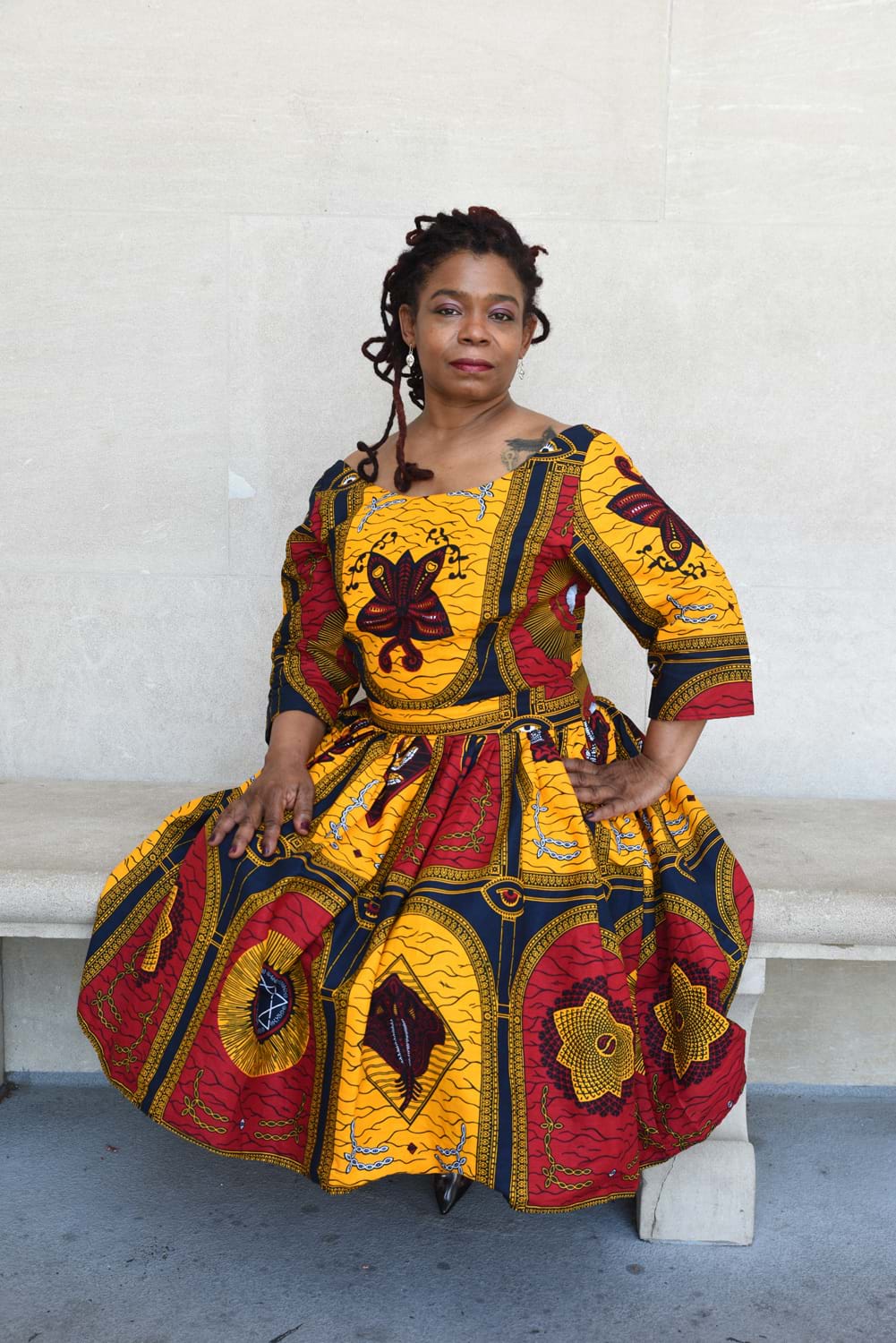 When Ecclesiastes arrived, Ashé had just received a Building Institutions and Networks (BUILD) grant from Ford. BUILD, modeled on trust based philanthropy, provides five years of flexible funding, along with an array of tools, to help make organizations stronger and more resilient. In her own words, Ecclesiastes explains what she faced when she took over, the impact of COVID-19 so soon after the start of her tenure, and how she found the words to make Ashé an even stronger part of the African diaspora story for generations to come.

How would you describe the financial state of Ashé when you took the helm?

As a kid, you never know what your mama had to do to keep the lights and heat on and keep you in a home, especially in a middle-class Black neighborhood. Even though the lights are on, there’s unpaid bills and it’s a struggle to pay them every month. That was the case with Ashé.

Our funding mostly comes from foundations and, while we have strong community support, we don’t receive significant individual donations. For instance, for GiveNOLA Day every year, we have the most donors, but it adds up only to somewhere between $16-20,000. Whereas a big art museum might have a mere 10 donors who give $400,000. We have our Sista's who come in every Tuesday and Thursday; they exercise and give us $10. Those are our individual donors—and those are the folks we prefer to have as individual donors. We're not complaining about that, but it’s a challenge. 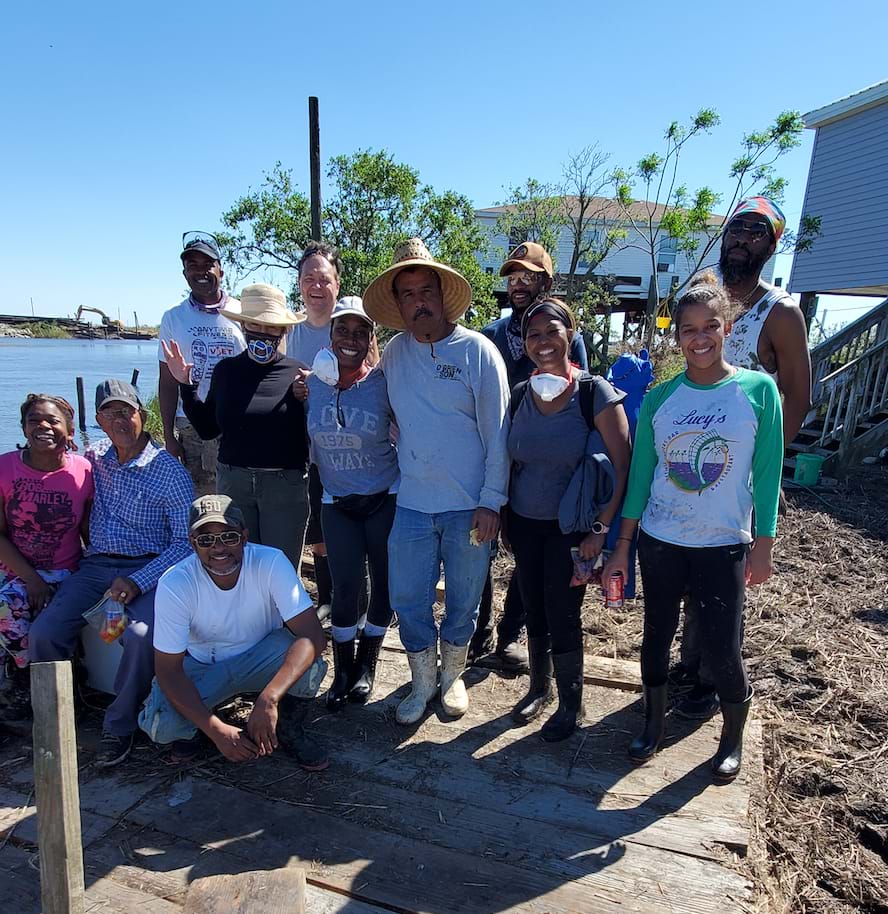 So I stepped into an organization that has been under-resourced—as organizations led by women and people of color often are. It’s hard to perform under these conditions and we have to make sacrifices that nonprofits not led by people of color just don't experience. It was a precarious situation.

How did COVID-19 affect Ashé’s finances?

​​​​Literally the week before COVID even happened, I made the decision to go dark and let my staff know that I wouldn't be able to pay them for at least a month. Things were that bad. But they still came to work every day. Our executive team wound up working for eight months at half of its salary. As an organization, we're extremely blessed, but those blessings came at a lot of sacrifice to people’s salaries, health, quality of life—sacrifices that impact future generations.

I would never want to imply that COVID was not a devastation and a plague upon humanity but, no matter what, you have to find the silver lining—like my grandma always said. By being able to get the federal Economic Injury Disaster Loan and Paycheck Protection Program loans and have them eventually forgiven, it kind of saved us operationally and gave us the chance to get back on track.

Ashé’s BUILD grant began right as you came on board. What was the impact of the grant on you and the organization?

Of course, money is impactful. Money attracts more money from other funders. And BUILD’s flexible money allowed us to support our programs, down to all the operational expenses.

But more than that, it was the guidance and technical assistance that BUILD offered. I needed those one-on-one conversations and I needed tools. I have lots of ideas and goals, but what are the tools that will get me to those places?

When you are in the throes of the everyday lifts of running an organization, it's hard to be reflective on the bigger picture. Ford’s support forced me to reflect on how I was spending my time and my resources, but also to create the internal narrative that guides the culture of the organization.

BUILD introduced me to the term and idea of ‘revenue culture,' the internal culture around how we relate to finances. It was a way of understanding that, like many people of color-led organizations, our revenue culture was built around scarcity, fear—really, terror. We're grabbing in the dark for whatever we can get and feel out of control. BUILD helped us develop a language around our story so we could take back control and create a positive culture.

When talking about financial deficits with funders or staff, it can be easy to lose the message of the value of the organization. Financial issues create the false impression that you don’t have standing to ask for what the organization needs to do its work. BUILD gave us the words and the confidence to get past that.

What are some changes you put in place with BUILD’s guidance?

We focused on strengthening our assets and making sure each one is not vulnerable financially, they're not subject to liens and foreclosures, and they’re not physically crumbling or facing health hazards. And then there were certain assets we just weren't counting, like our art collection that's worth well over a million dollars but was not on our books. Having a complete financial picture—and then having a strategy for paying off any debt and being able to communicate it to the people we owed so our credit was not negatively impacted—was huge for us.

Ashé Cultural Arts Center is a performance and gallery space promoting the culture of the African diaspora, like Silhouette Dance Ensemble.

Another change we made was budgeting an extra 20 percent for indirect costs in our programs. This allowed us to plan for and communicate our true costs going forward, so we bring in the right amount of money for a program to sustainably fund it, rather than keep falling behind. It comes back to asking for what we really need.

What excites you about Ashé’s future?

In terms of cultural organizations for and led by people of color, we are kind of considered the big dogs in New Orleans. We're the most funded, yet we can’t compare to the little dogs of the white-led organizations. Imagine the financial struggles of the rest of the organizations led by people of color, LGBTQ+ and Indigenous communities—all of the groups people come to see, speak with and eat with in New Orleans. We are the least funded, the least supported, and the least compensated for our cultural product.

So what I'm most excited about is the group of cultural organizations we’ve united to advocate for change, the Alliance for Cultural Equity, which Ford is supporting over the next three years. Many of the groups we’re working with have never gotten a grant—ever. Some of them have never even applied for a grant. But we will change that.

As for Ashé, it is committed to the people, places and philosophies of the African diaspora. And most of our history has been about exploring who we are as members of the diaspora, but now we're at a place where we can work on building actual connections with other communities in the diaspora. We are at a place where we can expand those connections and build upon them. We can include more people in them and increase our community in a lot of different ways.

This in many ways is a result of the expanded audience we've been able to connect with because of virtual COVID programs. We've got folks in Ireland and South Africa participating in our Maafa, our annual celebration that honors the sacrifices of our ancestors during the transatlantic slave trade. Ashé was the second organization to begin this tradition and now it's international and has been for 25 years. We grieve together, we talk together, and we're building partnerships, asking how do we bring people together, not just in conversation, but in building solutions? We're very excited about that.