One year ago, the world changed. To paraphrase Ernest Hemingway, it happened slowly, and then all at once.

Weeks of uncertainty became a season of suffering, and then the deadliest year in the history of the United States, as well as Brazil, India and now Mexico. Around the world, COVID-19 has taken more than 2.7 million lives and counting. It has upended the hopes and dreams of untold millions more.

I have long resisted the simple binary—rejecting, as best I can, the false choices and zero-sum calculations; the unnuanced punditry on an increasingly complex world. And yet, as we mark the one-year anniversary of life with coronavirus, the beginning of a new era is in sight.

The last year constitutes a watershed. On one side, history’s tributaries run in one direction; on the other, toward something new. Years from now, we will refer to these periods as the B.C. and P.C. eras: before coronavirus, and post.

The Before and The After

Before COVID-19, we knew we lived in an interconnected, multi-polar world, even as globalization was on the retreat and global cooperation on the decline. Now it’s clear that we are not just interconnected but also deeply interdependent. 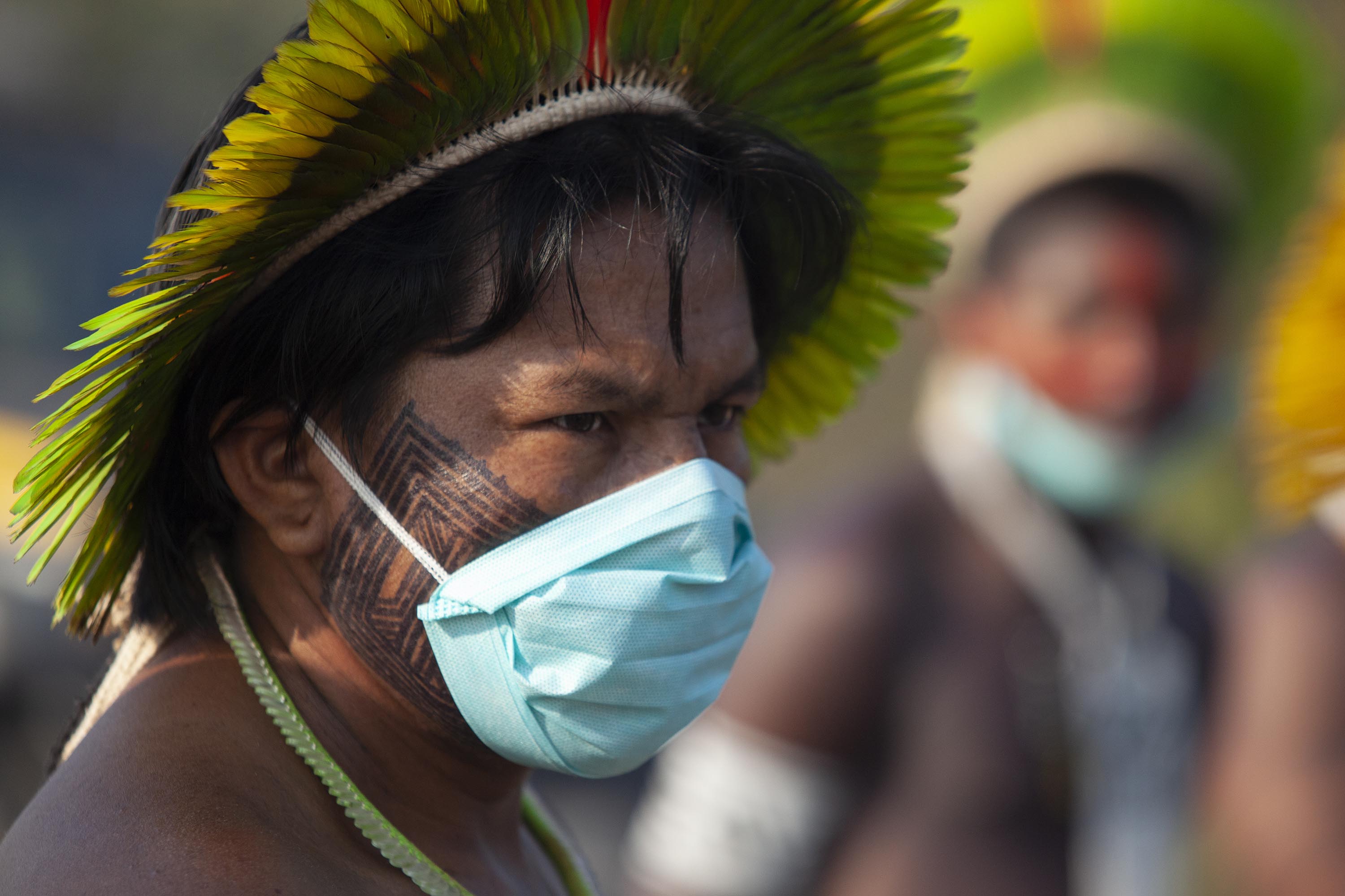 Latin America has been hit hard by COVID-19 deaths, especially among indigenous and Afro-descendant populations. In Brazil, indigenous people spoke out on the lack of government resources to combat the pandemic.

Before coronavirus, many took for granted that democratic values and institutions, especially in the US, were strong and, in Lincoln’s words, would “long endure.” Now it’s clear, they are vulnerable to autocracy in ways many Americans never honestly acknowledged.

Global inequality had pushed us to a precipice well before 2020. But through this pandemic, we’ve seen the wealthiest get wealthier, while essential workers, women, and communities of color suffer the virus’s worst devastation, indigenous people, especially those in Latin America, are threatened by extinction, and entire societies become more vulnerable.

And the reckoning underway transcends the virus, too.

We knew—well before the murders of George Floyd, Breonna Taylor, Ahmaud Arbery and the recent surge of anti-Asian hate—about pervasive police violence and that racial inequality was, and is, as central to the American experience as the democratic values it belies. We knew, fundamentally, that the dehumanizing ideology that justified slavery and colonialism, Apartheid and Jim Crow, was not, somehow, a relic of the past, but a reality, clear and present. And now, we’re seeing a renewed, global, intersectional movement committed to fighting racism, white supremacy, sexism and more. 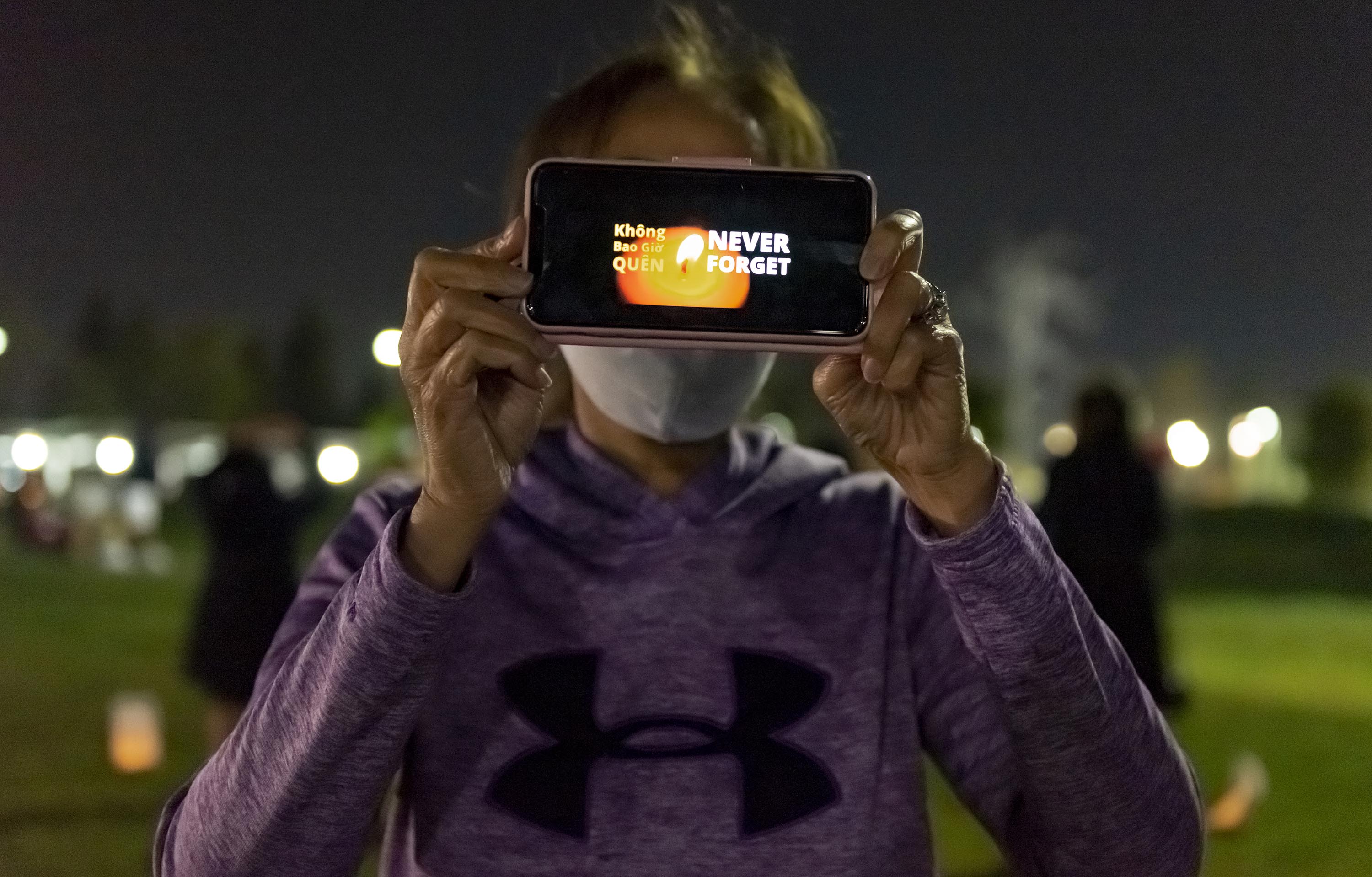 Asian Americans have held protests and vigils across the US to raise awareness of the spike in hate crimes against the community and honor those lost since the pandemic began one year ago.

And so, even as we look forward to the day we return to offices, schools and other places, we cannot—we must not--return to our old ways of working, learning, and connecting. Too much has been permanently disrupted, too many long-held beliefs disproved. We cannot permit ourselves to resume what was; we must reimagine what can be.

What can we build together

If 2020 was, in many ways, unprecedented, what defines the P.C. era is still undetermined.

Now that COVID-19 has stripped away old expectations and assumptions, what actions can we take—collectively, collaboratively, concurrently—to secure and advance progress?

If coronavirus revealed the starkness of inequality around the world, how can we respond with proportionate force?

If the pandemic revealed our global web of mutuality, how can we better support leaders on the ground, connect across countries and continents, and rebuild multilaterally?

I do not pretend to have the answers, but I know where we might start.

For one, in light of our global interdependence, the cult of individualism that has dominated America’s economy and politics since the 1970s has become outmoded and outmatched. If the pandemic called for collective action on an international scale, it is hardly the only such crisis our species and our planet face—from climate change to gun violence. Time is running out, and only collective action, at scale, has any chance of mitigating what might come next.

Indeed, the cult of the individual not only prevents collective action; it perpetuates inequality. Look no further than the billionaires profiting off global catastrophe, and it becomes clear our conscienceless breed of capitalism is in need of conscientious reinvention. Adam Smith would be appalled by Ayn Rand, Milton Friedman and all their disciples, and by the individual hands visibly, violently tearing at society’s seams.

We must move away from a culture of individualism toward the restoration of a common good. We must shed our obsession with the idea of rapid growth at all costs and establish, instead, a clear, shared understanding of inclusive, sustainable growth -- in which the goal is both equal opportunity and equitable outcomes. And we must push ourselves not merely to answer the call for justice, but to reckon with a history of injustice. 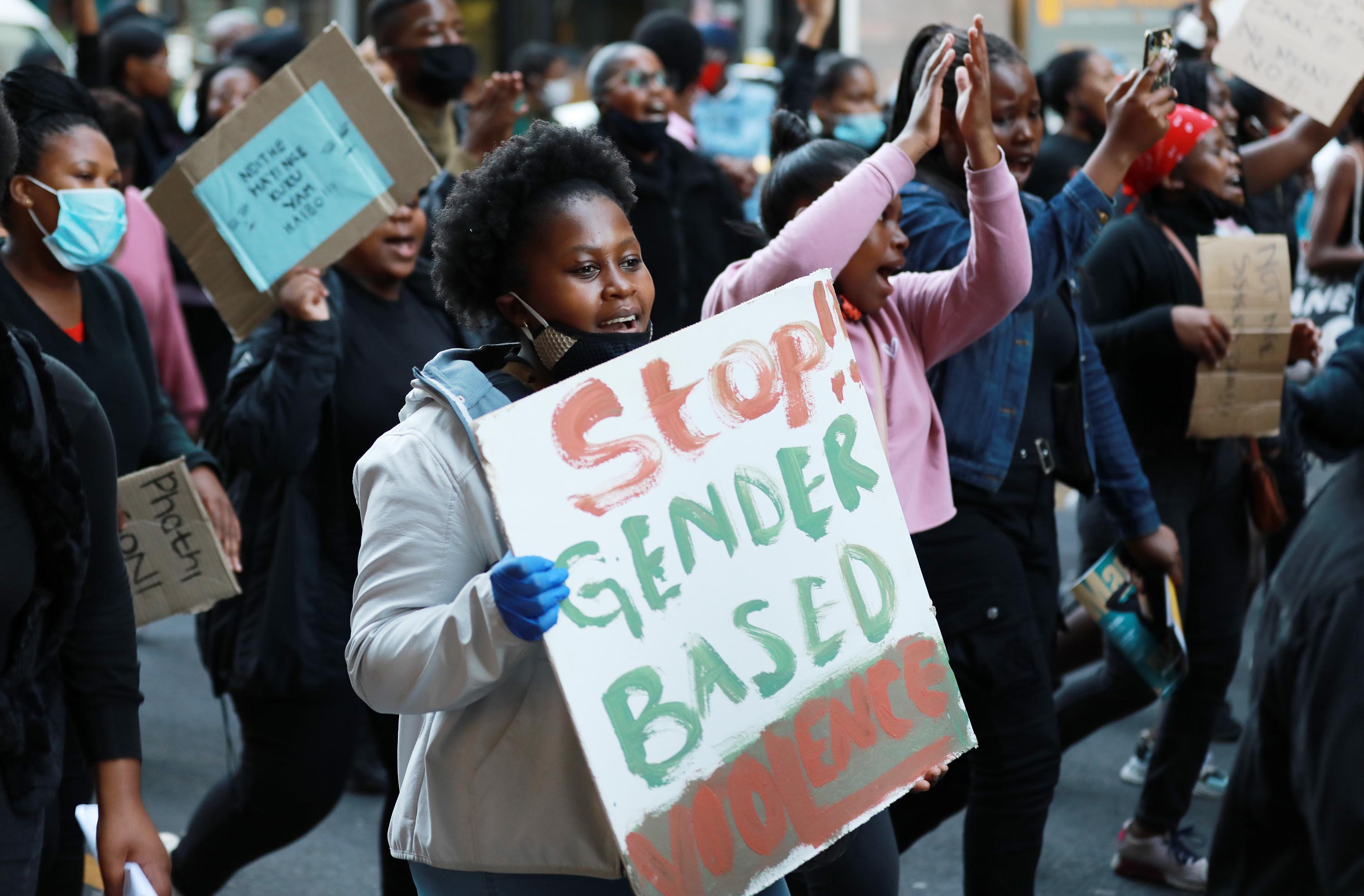 Women across the world took to the streets in the last year to protest gender-based violence. In South Africa, where such violence has long been an epidemic, years of protests finally prompted a formal plan of action from the government.

We can build on the successes of collective action—from global climate activists and racial justice organizers, to the record number of voters in the US and the women who recently took to the streets in Mexico and the United Kingdom demanding safety from male violence.

And we must include equity in our execution of every policy and cultivation of every movement—whether that’s vaccine distribution across the Global South or supporting the people, from women to indigenous and Afro-descendant communities, behind gathering movements around the world.

At the height of America’s Progressive Era, the pioneering journalist Walter Lippmann observed that democracy is “a way of life, a use of freedom, an embrace of opportunity.” Democracy is “a weapon in the hands of those who have the courage and skill to wield it.”

As we work to shape the P.C. world, Lippmann’s words might inform a new, more inclusive, more global Progressive Era. After all, the P.C. era is more than the absence of violence or presence of a vaccine. It is “a way of life,” a way of being and understanding, “a use of freedom” for a common good.

This new era is “an embrace of opportunity”—mindful of the world’s fragility and energized by the possibility that if everything can change forever, then the power to change everything for good rests in the hands of the just and the righteous, on the frontlines of necessary, overdue change.

It will require courage, a willingness to be honest with ourselves and confront the realities the pandemic has laid bare, and a sustained commitment not to restore the world we once knew, but instead to imagine what we want to be different—and to work together to define a new age of solidarity, connection, and equality.

We must meet the challenge, the charge, and this unique chance to push justice forward. This is the work of the P.C. era. We must at once offer relief to the communities still suffering—and help bring recovery to institutions on the frontlines that need our support. We must reform systems and structures, while we reimagine what’s possible with our partners around the world, heeding their best ideas. 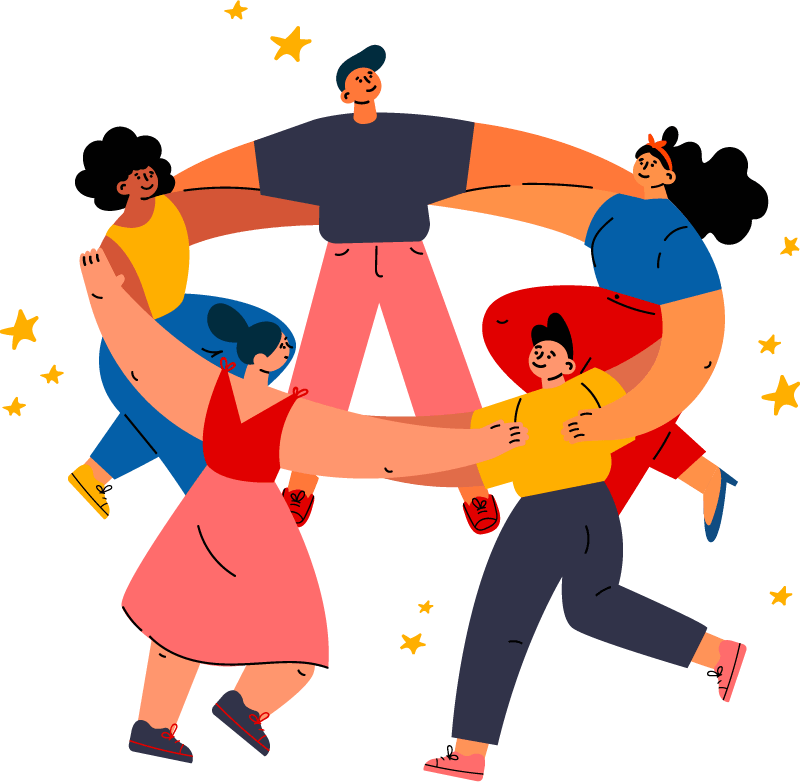 Let’s build a future that works for all.

ign up to discover more ideas, impact and ways to connect.

More from the Ford Foundation

Our response to the coronavirus

As a foundation dedicated to protecting and advancing human welfare, we are working to address the evolving impacts of COVID-19 around the world. 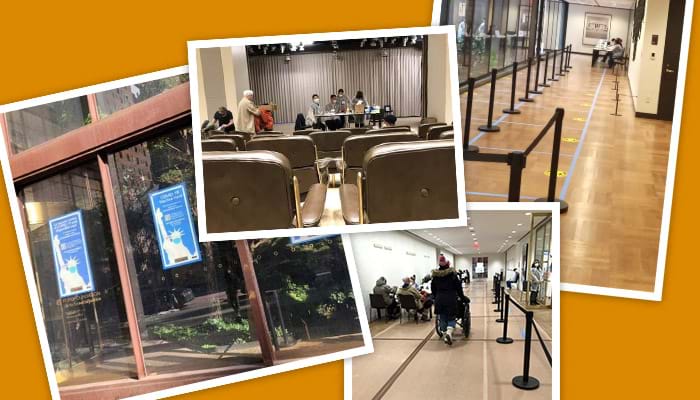 The Future of Philanthropy

A bold vision for philanthropy in the 21st century is needed—one that moves giving from generosity to justice. 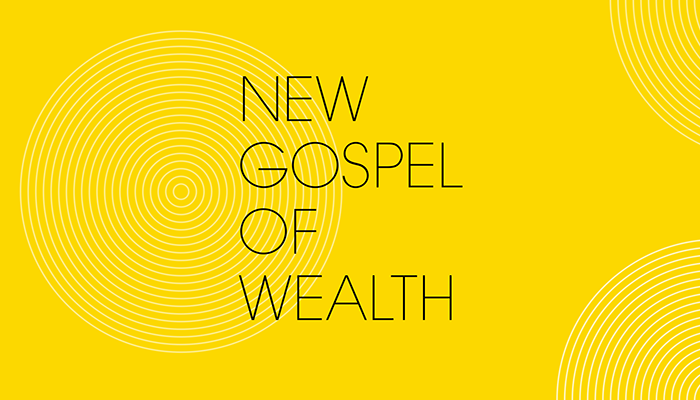