A generation ago, amid great fanfare, President Bill Clinton signed the Violent Crime Control and Law Enforcement Act of 1994. The Act provided federal dollars to states that built more prisons, tightened drug law enforcement, and increased the severity and length of prison sentences. “This bill puts government on the side of those who abide by the law not those who break it, on the side of the victims, not their attackers, on the side of the brave men and women who put their lives on the line for us every day, not the criminals or those who would turn away from law enforcement,” President Clinton explained. Predictably, states built and filled more prisons and mandated lengthier sentences, turning the criminal justice system in to a punitive maze with multiple ways in, and few ways out. But did this really put the system on the side of victims and survivors of crime?

A new report, “Bridging the Divide: A New Paradigm for Addressing Safety, Crime and Victimization,” suggests that, as constructed, our modern system of punishment fails to understand or address the actual needs of victims and survivors of crime, ultimately doing harm to the very people it claims to help. For starters, the system assumes that a person can either be a crime victim or be responsible for perpetrating a crime, but not both. “Bridging the Divide” challenges that assumption, noting the complex needs of the communities that are most impacted by crime and the criminal justice system—and the fact that people who are victimized by crime are sometimes later charged with crimes themselves.

Troubling racial disparities in the treatment of people charged with crimes are fairly well-documented, but discussions of how the criminal justice system treats victims of color are far less common. A recent New York Times article described the trauma that took hold in one low income Latino community where there were four unsolved murders in one year: “Many who live [in Huntington Station, NY] said the inertia in the cases proved that the authorities paid too little attention to solving crimes when the victims were poor or Hispanic or lived in the more economically hardscrabble parts of town.”

“Bridging the Divide” urges policy makers to focus on the unique plight of communities like Huntington Station, whose voices are often missing from debates about criminal justice and reform. These communities often experience a double burden: To the extent that our justice system invests in these communities, resources tend to support incarceration after a crime occurs, after damage has been done. And despite rhetoric in support of victims and survivors, our current system actually provides little investment in the kinds of programs and services that truly help people harmed by crime and violence cope, heal, and rebuild their lives. 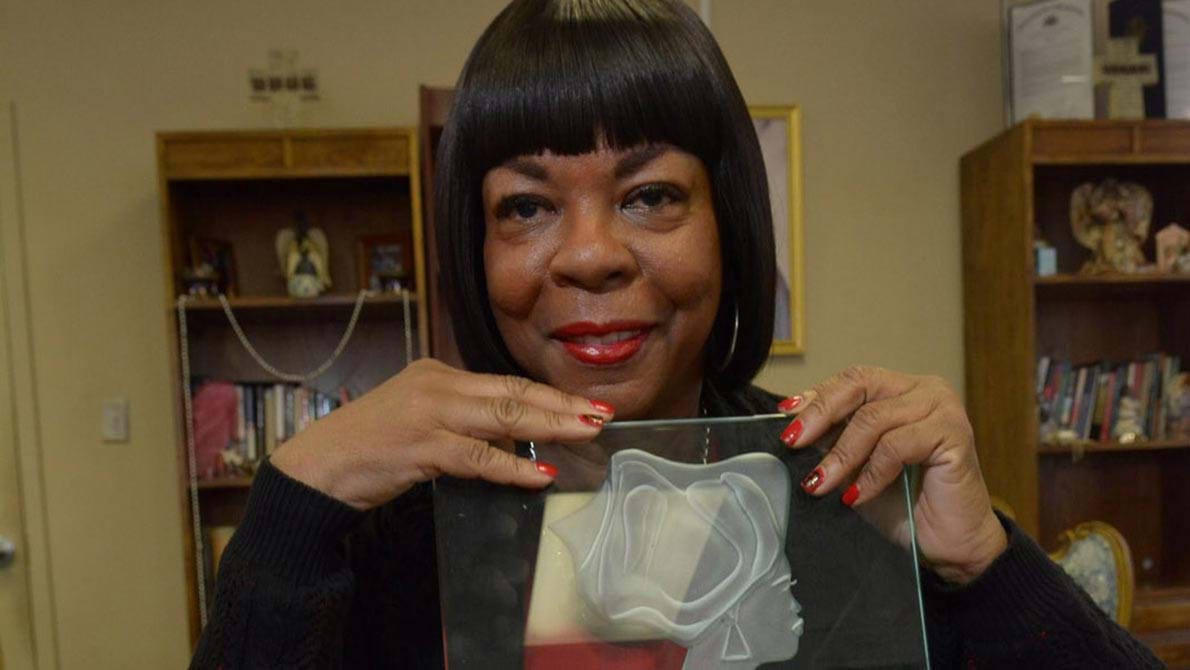 After she lost her son to violence, Dorothy Johnson-Speight formed Mothers-in-Charge to provide support to families in the Philadelphia area.

Dorothy Johnson-Speight and Mattie Scott both lost their sons to violence. “Violence has a profound effect on our communities,” says Johnson-Speight, who founded the group Mothers-in-Charge to provide support in her Philadelphia community. “We need a more deliberate approach to helping our people and communities heal.” In San Francisco, California, Scott’s organization, Healing 4 Our Families & Our Nation, invites in those who have caused violence and those who have suffered from it, recognizing that trauma takes many forms.

Common Justice, a project of the Vera Institute of Justice in Brooklyn, NY, also takes on this challenge by offering both an alternative to incarceration for serious felonies and a victim service program for those harmed. The project aims to demonstrate effective solutions to serious crime that hold those responsible accountable, meet the needs of victims, and uphold public safety. Notably, 70 percent of the victims Common Justice serves are men of color, most of them young—the people most likely to be robbed and assaulted in the United States.

At the policy level, survivors of crime are also pushing the system in new directions. Consider Dionne Wilson. In 2005 her husband Dan, a police officer, was shot and killed in the line of duty. At the time she called her husband’s killer “subhuman” and wanted him put to death. Years later, Wilson realized that if the justice system had invested resources in addressing his very human problems of drug and alcohol abuse, her husband’s killer may have made different choices. Wilson is now urging the state of California to invest in treatment programs, education, and programs to heal victims and survivors of crime, instead of retribution.

“We now know with the fullness of time that we made some terrible mistakes,” said Jeremy Travis, current president of John Jay College of Criminal Justice and a former senior official in Clinton’s Justice Department. “And those mistakes were to ramp up the use of prison. And that big mistake is the one that we now, 20 years later, come to grips with. We have to look in the mirror and say, ‘look what we have done.’”

Communities have already stepped in to create the resources they need to keep their communities healthy and safe, including trauma intervention and counseling, medical assistance, and grief support. They have shown the rest of us how to break down the walls of the punishment maze, shrink its footprint, and re-direct resources to structures that support individuals, families and communities instead of trapping them. Our system would be wise to learn from them.