This piece is part of our featured series, The Story of the South is the Story of America.

We in the South who experience systemic oppression have lived under repressive regimes: we know how to fight them, change them, and survive and tell our stories in spite of them. The South has a legacy of fighting for justice and catalyzing change, and Southern insights into how to fight fascism and racism and how to improve democracy are informing movement-builders and people seeking justice.

But too often, Southern stories of oppression and resistance are told by journalists and documentarians who are not from or connected to communities seeking justice. These parachute journalists, outsiders who come in to report stories for a day or a week, often misunderstand misunderstand and misrepresent the roots of our people, region and movements. By funding and supporting movement journalists, Press On, the organization we founded with a group of journalists and activists, is elevating underrepresented stories, diversifying journalism and carrying social justice forward.

Movement journalism is not a new framework, nor is it a silver bullet solution to all of journalism’s problems and inequities. Movement journalism is anchored by a set of commitments: To center the voices and experiences of systematically oppressed people, to amplify the work of social movements, and to expose and investigate root causes of oppression.

Movement journalists work in service to justice and liberation by fostering collaboration between journalists and grassroots change-makers, and supporting stories created by marginalized people. They cover stories that matter aligned with movements for change. They range from renowned leaders like the pioneering Ida B. Wells, to the many documenters of the Black Lives Matter movement, to the family photographers and oral historians who have saved the stories of Civil Rights and Black liberation movements by passing them down through the generations. 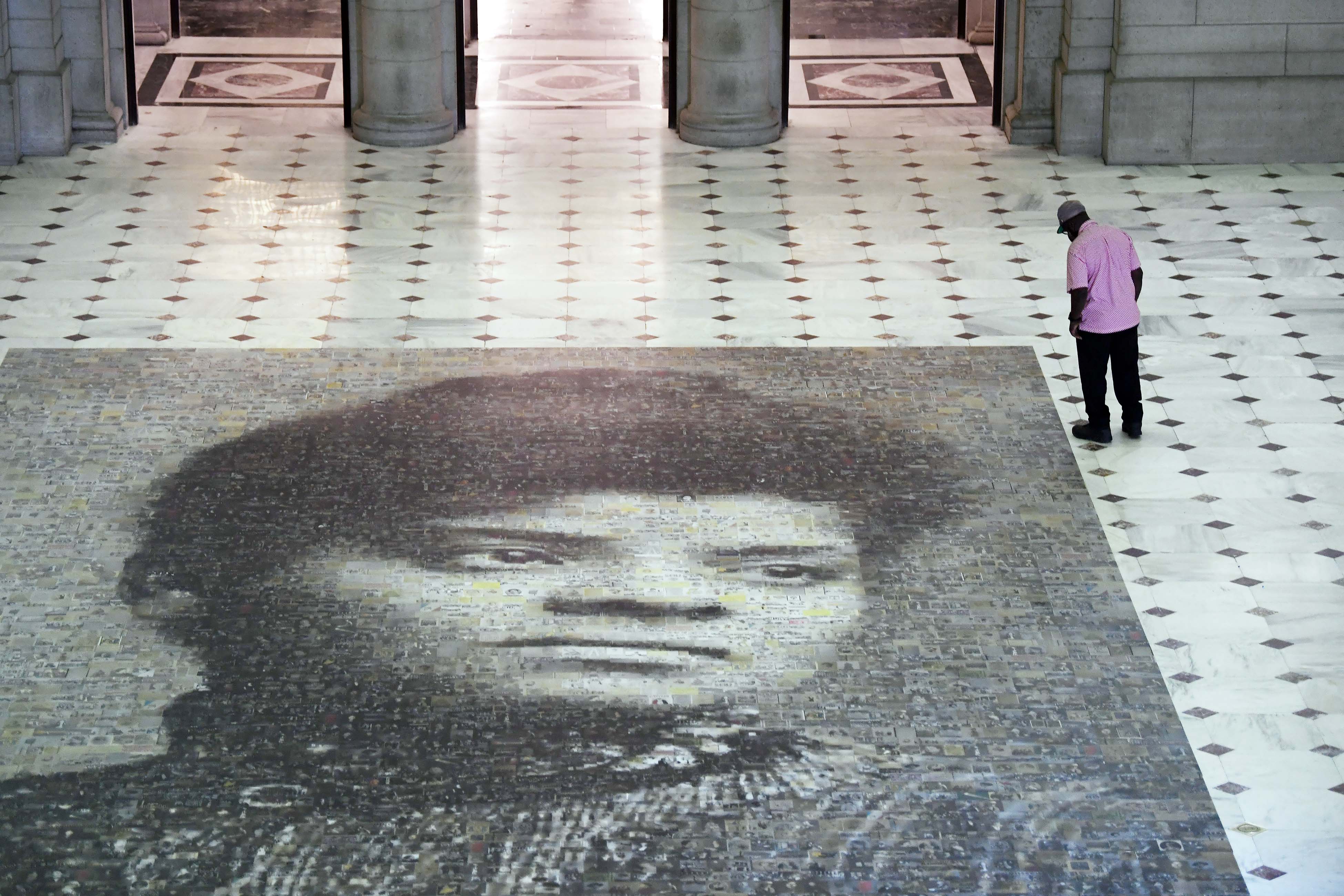 Ida B. Wells, a pioneer of movement and investigative journalism who became a voice of justice for Black America, is honored in Washington, DC’s Union Station.

In 2019, we founded Press On with a group of journalists and activists either based in the South or deeply connected to Southern movement-building and liberation work. We saw a desperate need for support and infrastructure for Southern movement media-makers who could bring visionary organizing and radical imagination to the field of journalism. Case in point: our friends at Project South talked to nearly 200 media outlets, from radio to public access television, doing grassroots, BIPOC-led work across the South for their Out of Struggle report, and many were under-resourced and expressed a desire to be better connected to one another. Informed by the work and leadership of Project South, Southerners on New Ground, Freedom Lifted, and The Highlander Center, we formed a collective to address these needs through the vehicle of a nonprofit dedicated to Southern movement journalism.

In the last three years, Press On has launched several programs that pay homage to this Southern tradition, while also helping to expand it. Our Freedomways Reporting Project funded eight women and non-binary journalists who are Black, Indigenous, and people of color across the South to support in-depth journalism focused on local communities mobilizing for change. Our Level Up education program honors the history of movement journalism by teaching it to journalists across the country, invoking the names of Marvel Cooke, Marlon Riggs, Andrew Kopkind, and Lucile Bluford, among others who’ve led the way in this work.

Our inaugural Southern Movement Media Fund gave money directly to 18 movement journalism organizations and individuals in the South to support their work. Many of these projects were collaborations, collectively organized, or otherwise resisted hierarchy and dominance in their process as well as their product. This, too, is a part of movement journalism: movement journalists commit to challenging dynamics of exploitation and extraction in reporting, and eliminating hierarchies between editors, reporters, and sources.

Challenging exploitive dynamics in the production of journalism often takes the shape of collaborations between journalists, organizers, and community members, and projects that blur those lines—acknowledging that many people wear all three hats in their local communities, especially people who have had to fight for their lives. 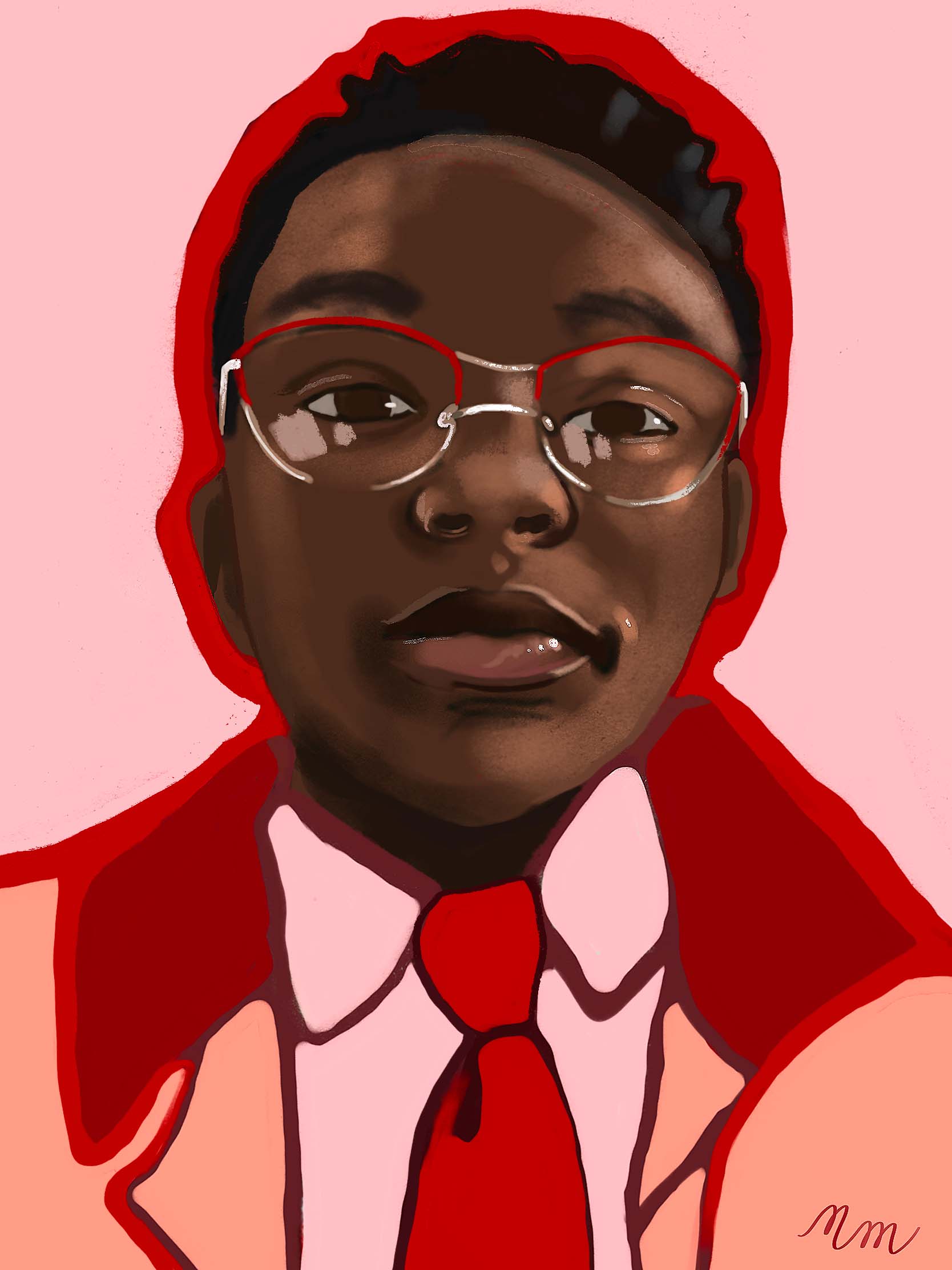 A portrait of Shante Wolfe, one of many portraits from UNACCOUNTED, a project supported by Press On’s Southern Movement Media Fund, showcases Kentucky in all its diversity and complexity.

For example, in Louisville, Kentucky, a publication called TAUNT partnered with Queer Kentucky and Southerly to launch a platform for BIPOC, LGBTQ+, immigrant and refugee stories and storytellers throughout the state. Their collaborative project, UNACCOUNTED, which received support from our Southern Movement Media Fund, recently launched on the website, Marquee. It captures a Kentucky beyond the stereotypes and assumptions of outsiders; a Kentucky that acknowledges and recognizes its racist history and present, while also centering its stories on all of its people, who represent diverse cultures and complex political perspectives.

Another Press On grantee, the National Council of Elders, is creating an oral history and podcast project archiving elders’ historic contributions to social justice movements. The council was founded by key figures across some of America’s most iconic social justice movements: the Rev. James Lawson, Rev. Phil Lawson, Dr. Vincent Harding, Ms. Dolores Huerta, and Dr. Grace Lee Boggs. Its mission is to work in solidarity with young activists to solve problems in the present, to understand their analyses of contemporary struggles, and share elder knowledge and historical perspective. This project, a collaboration between young movement media-makers associated with Press On, and elders from the council, will create an important historical document as well as a key piece of movement media.

In Brunswick, Georgia, a journalist named Neesha Powell-Twagirumukiza, a 2019-2020 Press On Freedomways Fellow, pitched a project to our Southern Movement Media Fund that would follow the cultural, political, and social change in their hometown. Brunswick is a small coastal city still reeling from the murder of a 25-year-old Black man named Ahmaud Arbery by three white men. But the untold story of Brunswick is the story of rising political action in the wake of Arbery’s killing.

Press On and the Southern Movement Media Fund are a response to gaps and inequities in funding and infrastructure that have existed since the foundation of the United States. And, we have been doing this work well beyond today’s acute crisis and racial “reckoning” within the journalism industry.

In this moment of reckoning, we see that urgency can lead to makeshift solutions that often center white guilt and white needs rather than repairing harm, rebuilding trust, and centering Black, Indigenous, and people of color. The industry’s awakening —with this sudden prioritization of diversity, equity, and inclusion without foundational work and structural change—risks minimizing the harm done throughout history and producing solutions that are shortsighted.

This moment demands a transformation of the systems that got us here. For us at Press On, we are building power among journalists and organizers already activating change in their communities to reinvent those systems. We can strengthen local journalism by collectivizing the power already present in the multitudes of voices and storytellers of the South.

Manolia Charlotin (she/her), a co-founder of Press On, tells stories that feed spirit and amplifies voices that seek liberation in her roles as multimedia journalist, curator, strategist, and educator. Over the last 15 years she has helped lead several media organizations and campaigns, including the Boston Haitian Reporter and The Haitian Times. Most recently, she was the Associate Director at The Media Consortium, a network of leading independent news media, where she advanced the sector’s racial equity strategy, development of emerging local media networks, coverage of social justice movements, and editorial management for a landmark scientific study on the impact of collaborative storytelling. Currently, as a social impact and equity consultant to movement-building organizations and independent media platforms, she’s helping change agents channel their resources to center the capacity of communities of color to build institutions in their image. Manolia also serves on the board of directors for Bitch Media and YES! Media.

Lewis Raven Wallace (they/ze/he) is an award-winning independent journalist based in Durham, North Carolina, and a co-founder and co-director of Press On. He’s the author of The View from Somewhere: Undoing the Myth of Journalistic Objectivity, and the host of The View from Somewhere podcast. Lewis previously worked in public radio, and is a longtime activist engaged in prison abolition, racial justice, and queer and trans liberation. He is a frequent public speaker and trainer on topics including legacies of resistance in journalism and transforming journalism for the 21st century. He is white and transgender, and was born and raised in the Midwest with deep roots in the South.