In Mexico’s southern state of Oaxaca, muxes, a part of the Indigenous group, the Zapotecs, play an important role in families and communities. A muxe is a person who is assigned male at birth yet adopts roles traditionally associated with women. They cook, care for children and elderly relatives, and sew the community’s ornate embroidered wares.

In the Philippines, the bakla, who transcend the duality between men and women, have been historically renowned as leaders. “More man than man, more woman than woman,” the bakla are seen as a third gender and regarded as one of the most visible and celebrated LGBTQ+ cultures in Asia.

In the United States, Native Americans have long embraced two-spirit people, who identify as having both feminine and masculine spirits. In fact, more than 150 different Native American tribes acknowledge third genders in their communities. 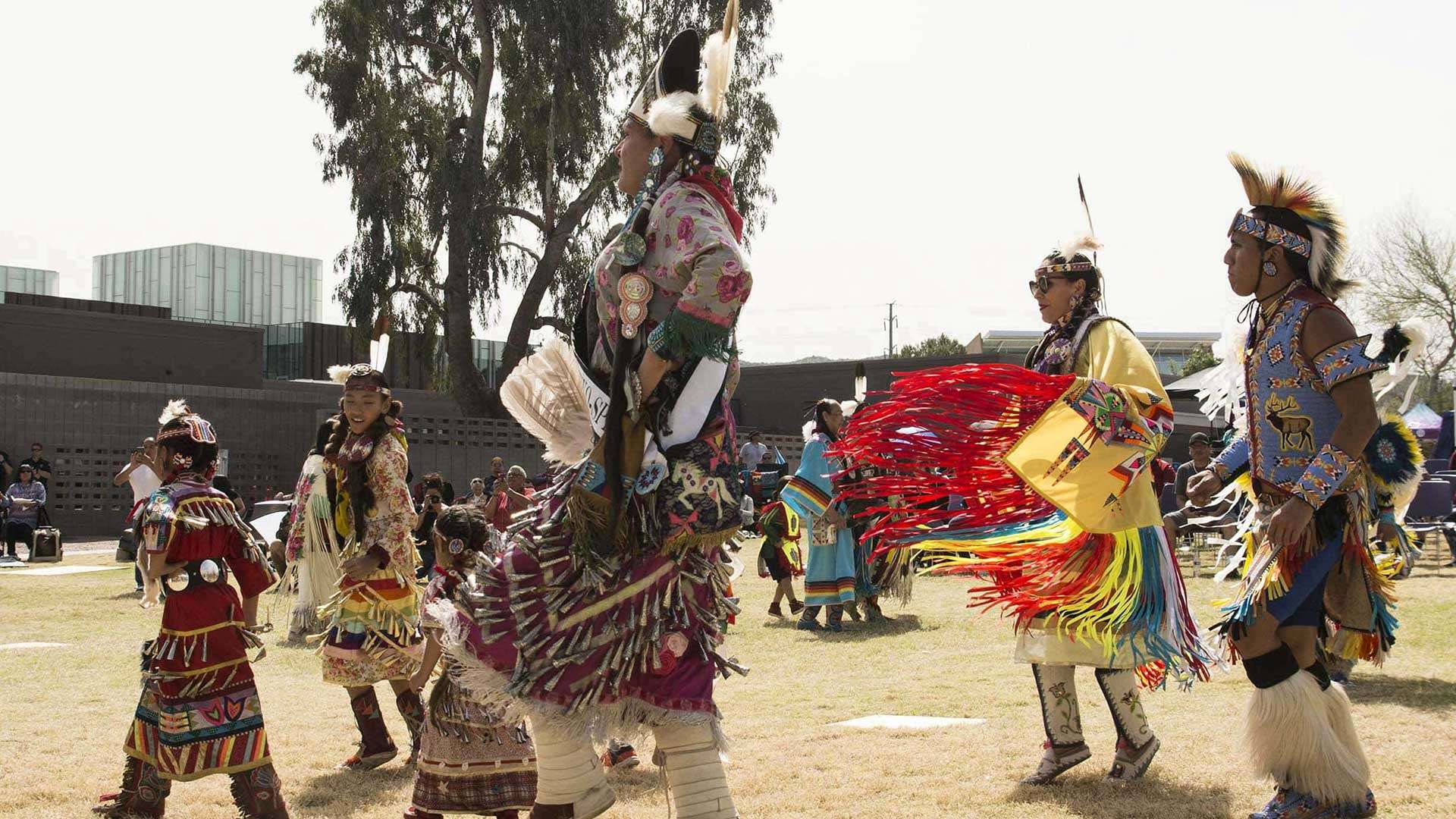 In Arizona, Native American dancers perform at a two-spirit powwow, a competition open to all genders. More than 150 tribes across the U.S. recognize third genders in their communities.

For centuries, cultures across the world just like these have recognized the fluidity of gender and accepted and celebrated gender nonconformity. Many of these communities have not only survived despite colonization and Christianization, but they have also been embraced as part of society and helped to cultivate tolerant, peaceful cultures. Take, for example, the Philippines, which is one of Southeast Asia’s most open-minded countries toward gay, lesbian, bisexual and transgender people despite a history dominated by conservative morals taught by the Roman Catholic Church. Or India, which recently abolished a British colonial law that banned homosexuality, shedding a damaging legacy and restoring the country’s history of gender fluidity. These communities and cultures show us what it means to be human, hold multiple identities, and live along the full continuum of self expression.

As we celebrate Pride this month, there are valuable lessons to be learned from these communities on gender equality. Gender, like race, is a social construct and there have been systems and structures at play throughout history that have boxed people into false binaries. Alok Vaid-Menon, renowned gender nonconforming artist and author of Beyond the Gender Binary, reminds us that none of us have simple stories. Reducing a multi-dimensional person to one identity to target and discriminate diminishes not just them but our shared humanity. Generalizations and classifications shape how people see the world, narrowing their perspective and creating and perpetuating stereotypes, discrimination, and oppression.

At Ford, we believe every person deserves to live a life of dignity and have made it our mission to take on the roots of injustice. We cannot achieve equality without understanding the ways in which gender intersects with sexuality, disability, race, class and many other forms of structured discrimination. Gender equality is about dismantling the whole gender binary, expanding our definition of gender, and recognizing the full humanity in all of us. 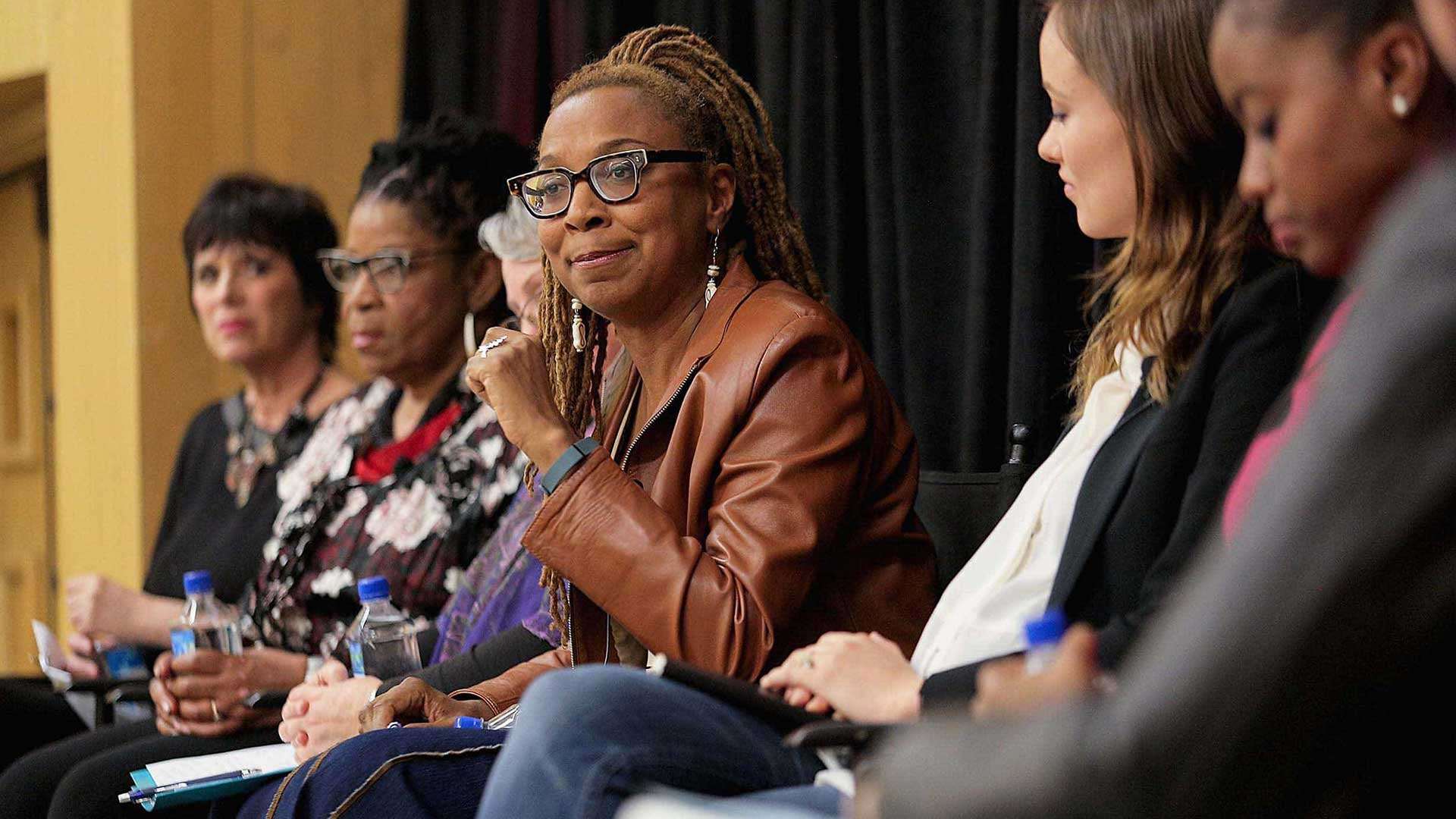 Kimberlé Crenshaw, center, has been one of the foremost voices on intersectionality since 1989 when she coined the term to describe how race, class, gender, and other individual characteristics intersect and overlap.

Coming to this realization has been a journey for Ford, guided in large part by our grantees and partners. We started our work on gender equality back in 1965 as the feminist movement was taking full effect in the U.S. Our work began under the frame of women’s rights, but it was always about learning. In the late sixties, together with The Rockefeller Foundation and Carnegie Foundation for the Advancement of Teaching, we supported the development of the academic field of women’s studies to help us—and society as a whole—understand the social and cultural constructs of gender and their entangled relationship with race, ethnicity, economic status, and more. We helped the National Council for Research on Women (now the International Center for Research on Women) become an instrumental platform for feminist research, working with multiple sectors and disciplines on issues across the gender spectrum. And we supported Kimberlé Crenshaw’s seminal studies on the intersections of feminism and how different contexts plays a role in gender-based discrimination and violence.

As we learned more, we started to broaden our focus, seeing how central gender is to economic development, global health, racial justice, climate change, and so much more. How can we make the economy more equitable when only 47% of women work, compared to 72% of men, leaving a huge chunk out of the workforce and from fulfilling their true potential? How do we tackle climate change if we don’t understand that 80% of the people displaced from its effects are women and girls? How can we advance women’s rights when women of color confront racism, poverty and inequality’s other entwined malignancies daily—and have been historically excluded from social movements, including feminism? 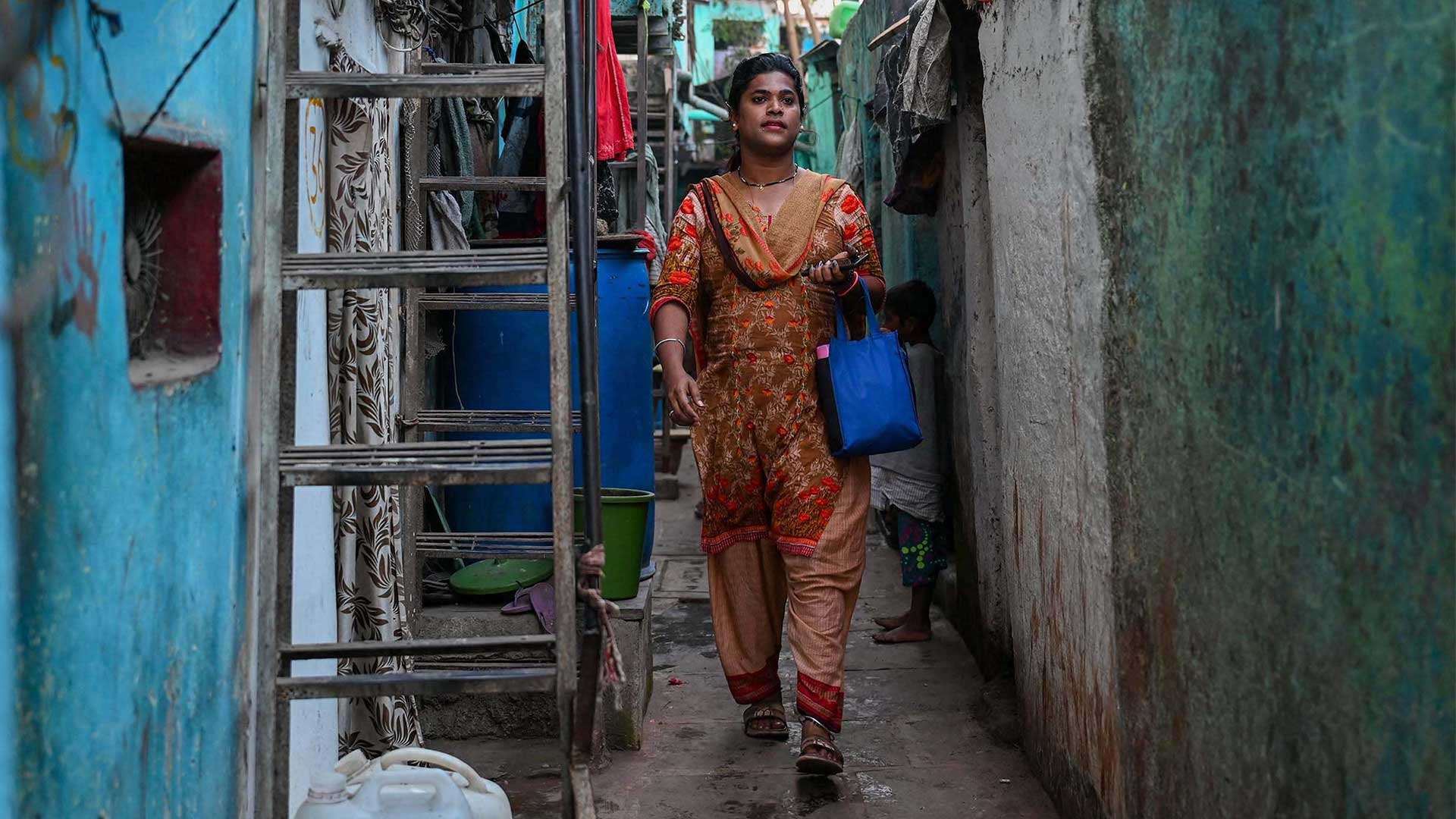 A transgender woman walks through her neighborhood in Mumbai. India has long embraced gender fluidity and recently overturned a centuries-old colonial law that discriminated against the LGBTQ+ community.

It became impossible to look at gender alone when it’s woven into every aspect of inequality. And it became evident if we concentrated on only cisgender women and failed to capture a more comprehensive portrait of gender we would never truly advance justice. So, as early as 1975, we began to support global communities fighting for LGBTQ+ rights, movements focused on sexual health and reproductive justice, research on HIV and AIDS, and efforts working for marriage equality. Most recently, we signed on to the Grantmakers United for Trans Communities (GUTC) Pledge. With the pledge, we're building on our support of trans rights and communities by ensuring our grantmaking, operations, hiring practices and communications are trans-inclusive. We are also doubling our funding, committing to at least $10 million over the next five years.

While the past several decades have yielded remarkable progress for the LGBTQ+ community, discrimination is increasing. Same sex marriage is now legal in 28 countries, but last year marked the worst year for anti-LGBTQ+ legislation in the U.S. as the 19th discriminatory bill was enacted into law, and another 240 new bills have been introduced in 40 states this year. History is unfortunately repeating itself as we’re seeing backlash like Florida’s “Don’t Say Gay” bill, and attacks on trans youth prohibiting them from accessing health or care or playing sports. The fact that the gender parity Billie Jean King fought for 50 years ago with the groundbreaking Title IX is still up for debate reinforces the precarity of this progress. 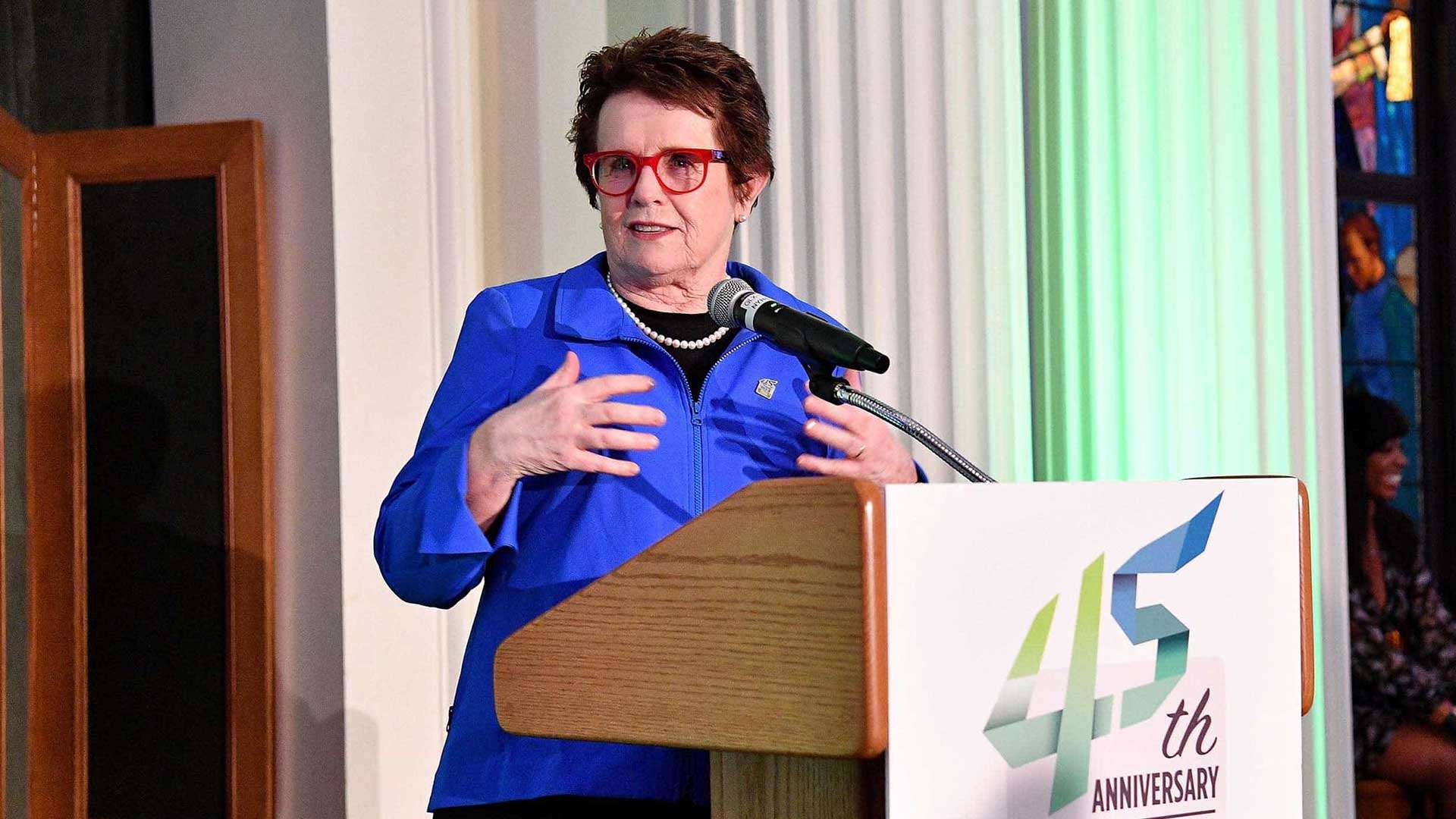 Billie Jean King changed the game of sports by helping to pass Title IX, which prohibits any kind of discrimination on the basis of sex, gender identity and transgender status in education programs and activities.

The fight might not be over, but we’re also seeing history’s cyclical nature play out in positive and profound ways as new generations of women, girls, trans and gender nonconforming leaders reject false binaries and fuel movements to redefine gender in all every sense. They are following in the steps of Sojourner Truth, Martha P. Johnson, Dolores Huerta and many others who challenged power in the name of justice. Whether it’s efforts like “She Safe, We Safe,” a campaign from Black Youth Project 100 to end the different forms of gender-based violence that affect Black women, femmes and gender nonconforming, or the Transgender Law Center’s Trans Agenda, which brings the community’s boldest visions to life to achieve liberation for all, the work of these leaders and movements is showing us what’s possible when we confront dehumanizing systems of power.

Like our economic and political worlds, our identities—our personal stories as Vaid-Menon says—are also determined by a sense of power and agency: how we are defined, how we are seen, and how we are treated. Challenging unjust power means looking at who is being otherized, who is being pushed to the margins, and who is ultimately being excluded from the rights, protections and opportunities we all deserve. It also requires unpacking why this happens, understanding how ideas of gender play into the patriarchy, and questioning those long-held norms, beliefs and convictions that have allowed this discrimination to endure. The aim is, as Isa Noyola—a translatina activist and deputy director of grassroots organizer Mijente—says, “for everyone to really understand gender and our lives in a more complex way.” 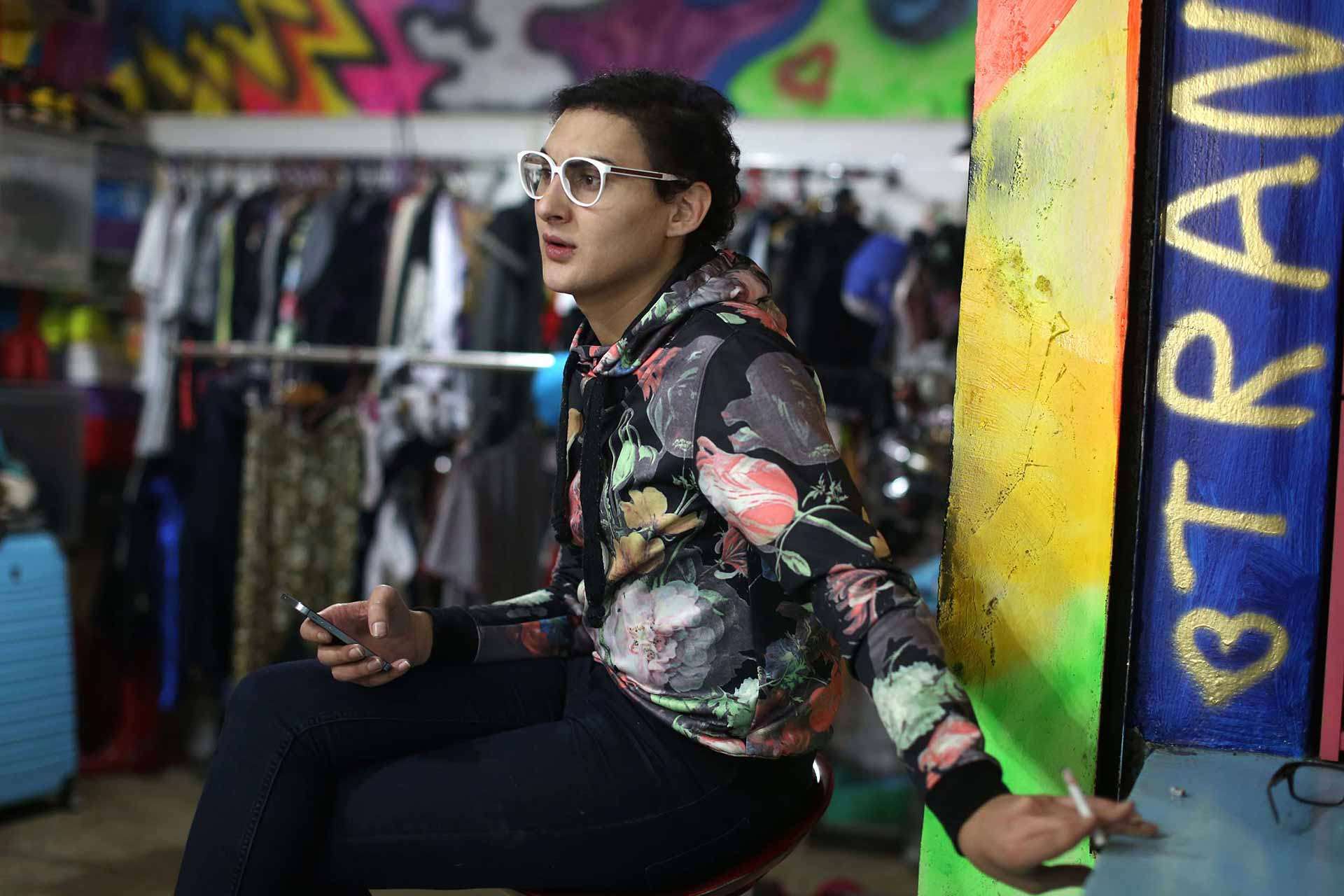 A transgender artist sits in his studio in Beirut, Lebanon. Transgender people are still heavily stigmatized in the Middle Eastern country. 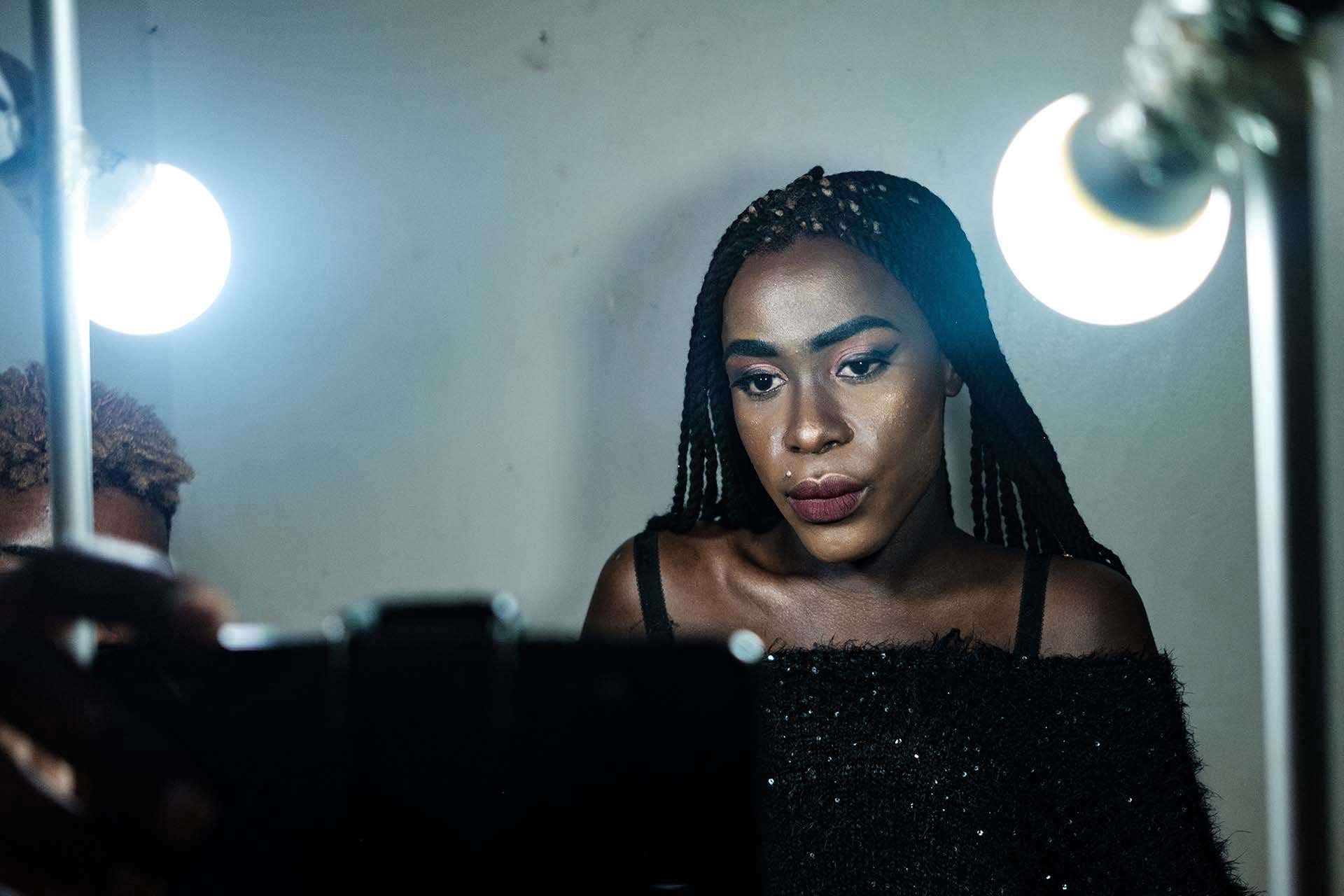 A transgender woman in Uganda prepares to honor members of the LGBTQ+ community who have been victims of hate crimes.

We are complex. Each of us holds multiple identities. When we recognize only one identity or the struggles of only one people, we fail to confront the hard realities of our society—and see the possibility of coalitions to connect and drive change. To paraphrase Kimberlé Crenshaw, the better we understand how identities and power work together, the more likely social justice movements around the world can come together, strengthen their force, and help every person live a life of agency and dignity.

At Ford, our exploration of gender and power—and how they manifest and intersect with all forms of inequality—never ends. We know that concepts of gender are historically shaped, vary across contexts and change over time, and we see this evolution as an opportunity to learn from the individuals, institutions and movements that inspire us and catalyze us to become more effective funders of their work. They are helping all of us see what we’ve witnessed throughout history: that gender nonconformity is not a foreign concept but ingrained in our cultures around the world; that the future of our society depends on accepting all identities; and that the gender we were assigned at birth doesn’t determine our story. It’s time to not only expand our definition of gender, but to write a new chapter where we all thrive no matter how we identify or express ourselves.